Calculations made with the aid of the book of Jeremiah, the predictions of Nostradamus, and the Mayan calendar indicate that Pope Francis will make an official visit to the UK in 2018. We have an exclusive preview of the programme. 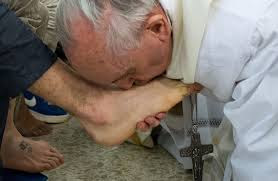 The visit will include a ceremony of beatification of Monsignor Basil Loftus: if the old fellow is still alive in 2018, then another prominent British cleric will be chosen, perhaps Cardinal Godfrey (who died in 1963 shortly after attending the first session of Vatican II and hearing what Loftus had in mind). 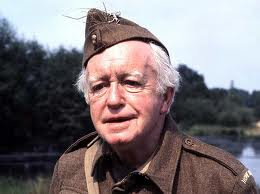 Who do you think you are kidding, Mr Loftus?

One of the highlights of the papal visit will be a "gay mass" in Westminster Cathedral, celebrated by Archbishop Vincent Nichols with additional contributions from Terry Weldon. Pope Francis will be heavily sedated to stop him from walking out.

There will also be a special lecture from Professor Dame Tina Beattie, Regius Professor of Heretical Studies at the University of Cambridge. The lecture will be called Lumen Gentium part 94 - a modern look at some of Christ's worst mistakes. The lecture will end with Dame Tina attacking the Pope with a mop, symbolizing a necessary clean-up in the Catholic Church. 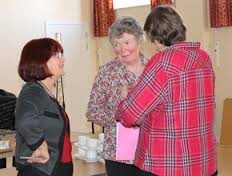 Can you lend me a mop?

The more orthodox wing of the church will not be forgotten. Bishops Finigan and Finnegan, part of a wave of more traditionally-minded prelates created as a direct result of the intercession of Antonio Mennini, will celebrate a Latin Mass in honour of the Holy Father, whether he wants one or not. Afterwards, there will be a special showing of Michael Voris's video Bore-tex, and the Pope will be served with a cup of "Mystic Monk" coffee. 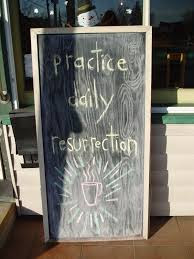 The final event of the Papal visit was supposed to be the presentation of a red hat to Archbishop Vincent Nichols, although the predictions of Jeremiah suggest that perhaps ++Vin will have coals of fire heaped on his head, instead. Still, all details are, at this stage, provisional. 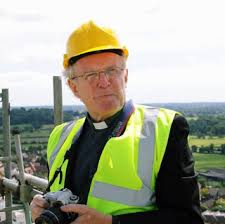 Bishop Conry protects himself from being hit by a thunderbolt.