Although Catholics in England and Wales are apparently out of step with much of the rest of the Christian world, the Catholic Bishops' Conference has announced new arrangements for the major religious festivals. 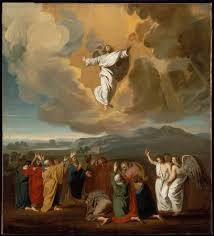 And when the time came for Jesus to depart, He said "Let's do it on Sunday instead."

First, as has already been noted by many people, almost everyone - from the Pope downwards - believes that today is Ascension Day. However, the Magic Circle has decided to defer it to Sunday. This is believed to be because there is a highly important football match taking place tonight (Leicester v. Watford), which several bishops are unwilling to miss.

There is also Eastenders: apparently, Roxy finds herself in a dangerous situation when she gets some unwanted attention (a situation in which Vincent Nichols often finds himself).

Today is an unholy day of obligation, when all Catholics much watch Eastenders.

Looking ahead, the CBCEW has announced that Christmas Day has been moved to the nearest Sunday, December 22nd 2013. This will have the advantage that believers will be able to finish their Christmas shopping a few days before everyone else, and spend most of the next two weeks in an alcoholic stupor watching television, like the rest of the country.

Arrangements for Lent have similarly been altered. Ash Wednesday will of course become Ash Sunday (which is so much more convenient for everyone), and Good Friday will also become Good Sunday. There is an obvious technical problem here: thus, the Nicene Creed used in church has been modernised so that it now says that Jesus "rose again on the seventh day in accordance with the Scriptures." Which means in fact that the Bible will also have to be retranslated under the direction of the Magic Circle ("for forty days appearing to them" should have been "forty-three," anyway). 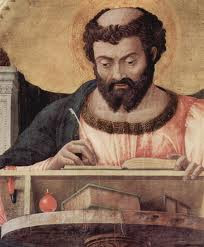 St Luke is persuaded to change "forty" to "forty-three."

The changes have been greeted with enthusiasm in some circles. Said a spokesman for the Tablet: "Ha ha, another kick in the teeth for the Pope! He should know that only religious nutters go to church on any day of the week except Sundays. And thank goodness we all stopped saying our prayers on weekdays, when Vatican II banned such practices!" 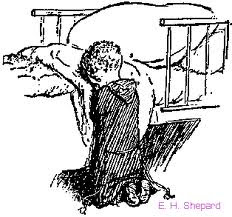 Christopher Robin is saying his prayers on a Thursday. What a Traddie reactionary!