October 2nd 2016 is the 10th anniversary of the publication of Richard Dawkins's learned theological tome The God Delusion, and, in a spirit of ecumenism, humility and mercy, Pope Francis has agreed to visit Oxford to engage in joint celebrations with the Dawkinsite ecclesial community. 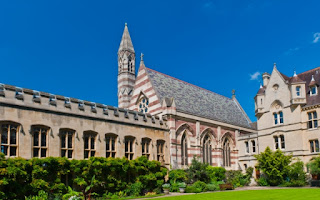 Balliol College Oxford, where Dawkins first nailed his thesis to the chapel door.

Oxford is of course a sacred place to the Dawkinsites - for it was in 1967 that Richard Dawkins nailed his thesis Selective pecking in the domestic chick to the door of Balliol College Chapel (he was later told to remove it and hand it in to the Examination Schools like everyone else).

The "second reformation" started in 2006, with the publication of The God Delusion, and it is this - rather than Dawkins's breakthroughs in chick lit - that will give rise to the papal celebrations. 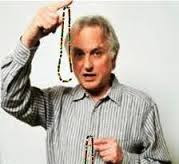 "...a vindictive bloodthirsty ethnic cleanser, a misogynistic, homophobic racist, an infanticidal, genocidal, phillicidal*, pestilential, megalomaniacal, sadomasochistic, capriciously malevolent bully." These are the words of Professor Dawkins, referring to Almighty God, but Pope Francis sees them as a useful contribution to inter-faith dialogue. Likewise the Catholic Church's official view on Dawkins as "... a demented, ignorant, illogical, egotistical, bad-tempered, vain, arrogant, raving, ludicrous, fish-faced thug" is due to be interpreted in a more charitable and merciful way than hitherto.

*Not a real word, Richard.

The verdict of history will probably be that Dawkins is less of a threat to the Catholic Church than Martin Luther was - because he obviously hasn't a clue about religion - so it should be much easier for Pope Francis to find common ground with him. Thus, there will be an ecumenical Catholic-Dawkinsite service in New College, Oxford, the institution that currently puts up with Professor Dawkins, with Dawkinisites being invited to take Communion. Representatives of other religions will also attend. 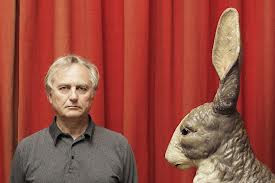 Owing to a typing error, an invitation to the Chief Rabbi was sent to the wrong address.

P.S. Richard Dawkins has described Christianity as a bulwark against something worse (perhaps Islam, the religion that indirectly deprived him of a much-loved pot of honey). It is good to know that he doesn't always talk complete bulwarks.