Pope Francis has appointed twelve people to a commission to study the issue of slaves (both male and female), particularly their ministry in the early Church. This commission has been set up as a result of pressure from the International Union of Superior People, an organization that has long been campaigning for a return to the traditional arrangements seen in the early church. They mention, in particular, the epistle of Paul to Philemon, where Onesimus, a runaway slave, is returned to his master. 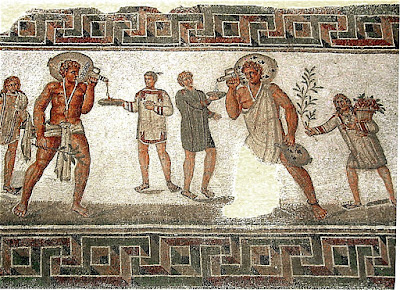 Roman slaves - doing the jobs that even deacons wouldn't touch.

Originally, it was expected that the commission would look into the role of "deaconesses" or "deaconettes" in the early church, but five minutes of research made it clear that they were nothing like the present-day deacons, being merely superior servants, and that their restoration would do nothing for the cause of women's ordination. It was therefore decided to broaden the remit of the commission. 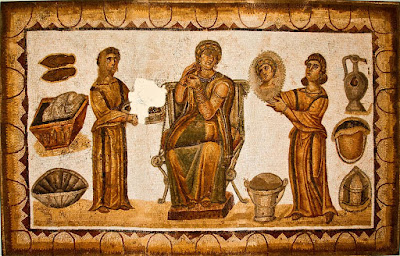 How it will look - slaves attending Phyllis Zagano.

Fr James Martin SJ, a prominent Jesuit and inventor of Catholic teaching, has declared himself delighted with this "slavery" commission. "You don't understand how hard it is for priests to operate without the help of slaves," he explained. "For example, Fr Thomas Reese SJ has to darn his own Hillary Clinton underpants. If we can get back to a proper system of slavery, then this will give us all more time for the things that really matter, such as appearing on television shows." 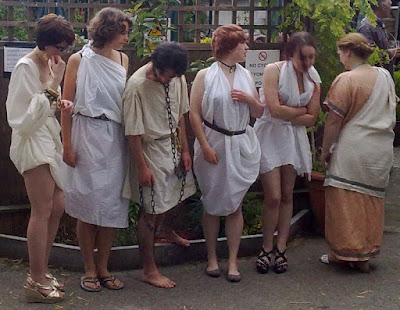 "We need an Extraordinary Minister of Holy Communion. Which of you is it to be?"

Although slavery has been condemned several times by the Catholic Church, this was almost entirely before Vatican II, when all the rules changed. In this era, when migrants are anxious to enter the more developed countries of Europe and America, the Church is hoping to give a hand by bringing them in as slaves. Furthermore, in parishes where finances are hard, the priest's team of slaves can be hired out to the public for other jobs requiring unskilled labour, such as traffic warden, call-centre worker, or preacher at the local Anglican church.