Over now to France, where Nice, Cannes and other resorts have struck a blow for secularism by banning the burkini. As Inspecteur Clouseau of the elite Corps de Plage squad explained; "We totally reject ze Islamic idea zat a woman should be told precisely what to wear, so we are making sure zat women in France are told precisely what to wear. Aaaggh, Cato, get off, you imbecile!" 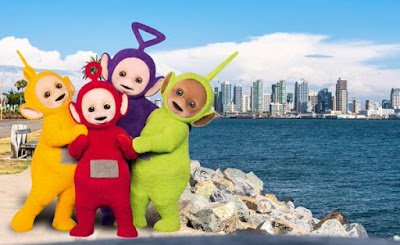 In fact, it is common on the French Riviera for women to sunbathe topless, although this is not yet compulsory. We should recall that the ideals of the revolution on which the secular state of France is founded were Liberté, Egalité, Fraternité, and Nudité: the whole point of taking a guillotine and chopping off people's heads was to encourage the last of these. 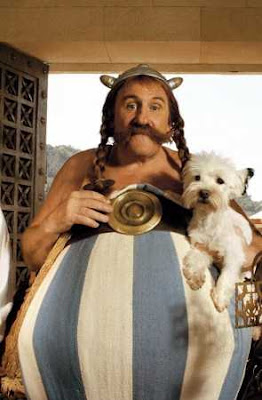 Said another member of the Corps de Plage, Commissaire Jules Maigret, as he puffed contentedly on his pipe. "Make no mistake, we'll be coming for other people who shamelessly wear head-dress on the beach. This is far easier than trying to stop terrorists killing people. Now excuse me, I haven't been to the bar for over 20 minutes." 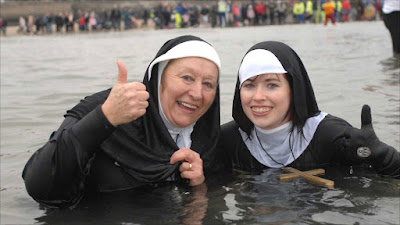 Two religious fanatics who will be arrested if they set foot on dry land.

President François Hollande has promised to recall the French Foreign Legion to the shores of the Mediterranean if the problem of overdressed swimmers is not quickly resolved. The transition from the trackless sands of the desert to the rather crowded sands of Nice should pose no problems for Beau Pipe and his elite squad. 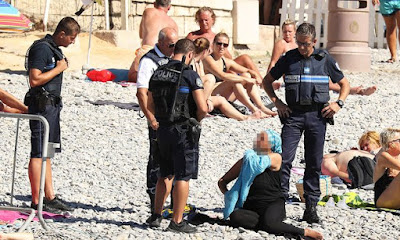 "Get 'em off!" Clouseau and Maigret go into action.