The Pilgrim's Ogress 10: Disciples of Satan

The story so far: Eccles and his Aunt Moly are on a pilgrimage. After their spiritually nourishing encounter with Tina Beattie, they decide to test one of the pope's latest claims. Father James Martin SJ takes up the story. 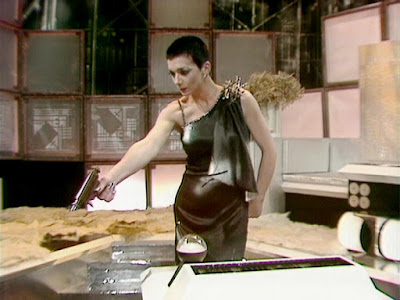 A parish secretary deals with an unwelcome enquiry.

I am very honoured to have been invited to continue the tale of Eccles's wanderings. I know Eccles is a great fan of my books, especially How God can learn from us, which explains why God created mankind, and Invent your own heresy, in which I tell you how I developed the complex doctrines of Martinism, and how you too can have a heresy named after yourself. But I digress.

How God can learn from us.

Hearing of Pope Francis's words that parish secretaries were like disciples of Satan, Brother Eccles decided that the time had to come to take up the cudgels against such creatures. Now I don't run a parish myself, being a member of the America House Jesuit Community in Manhattan, where my brother Jesuits and I live a simple life of comradeship (and we hardly ever dress up as deaconesses, that's right out). So I advised Eccles to visit a typical English parish and see how Pope Francis SJ (!) had spoken nothing but the plain truth. 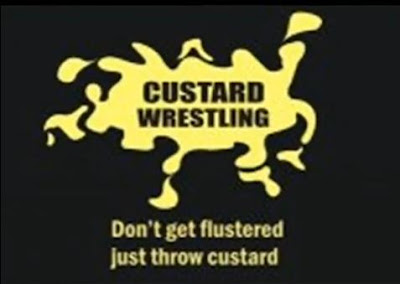 In our Jesuit community, Friday night is custard night!

Now Eccles's Auntie Moly did not come with him on this occasion, Apparently, she'd just been appointed to Pope Francis's commission to study the issue of women deacons, along with other famous Catholics such as Nancy Pelosi, Tony Flannery, Catherine Pepinster, Hans Küng, and Cardinal Marx. Packing six suitcases with bottles of gin, hair restorer, Zap-a-bugTM insect killer spray, and other favourite tipples, she took a flight to Rome, leaving Eccles to confront the Disciple of Satan on his own.

Eccles knocked on the door of St Tharg's parish office and went in. 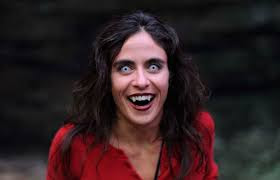 "GO AWAY!" screamed the Parish Secretary, who at that moment was crouched over the unconscious body of a Franciscan friar, preparing to drink his blood. "THE PILGRIMAGE TO LORD'S IS CANCELLED AS WE GOT THE WRONG SHRINE WE HAVE NO MORE RAFFLE TICKETS TO SELL THE REFUGEES DON'T WANT ANY MORE DONATIONS OF OLD SOCKS NO I DON'T KNOW WHO MURDERED THE ORGANIST TICKETS FOR THE CLOWN MASS AREN'T ON SALE YET FATHER ERIC HAS BEEN ARRESTED FOR SETTING FIRE TO THE BISHOP AND DON'T TAKE AWAY THE BROKEN PIANO UNTIL WE'VE USED IT FOR OUR PAUL INWOOD CONCERT."

There was nothing Eccles could do. He tried attacking the parish secretary with all the weapons at his disposal - mercy, sarcasm, and a ripe selection of Pope-Francis-approved insults - but in the end he retired defeated. He'll never make the grade as a Jesuit.

In this case, even Mercy was not enough to overpower the Disciple of Satan.