We are pleased to be able to publish some of the casenotes of the learned psycho-analyst, Dr Eccles. Some of the names have been disguised in order to maintain patient confidentiality. 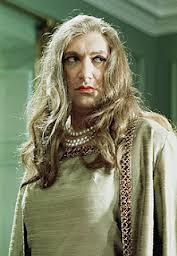 Patient S is an alleged intellectual giant, although it is hard to determine a precise area of knowledge on which he is a world authority. In a St Trinians film, playing the part of a quizmaster, he managed to get wrong the formula for the volume of a sphere, so he is clearly not a scientist. Still, I went along with his belief that he is an intellectual, as he will run away to Belgium in a huff if he doesn't get his own way.

S came to see me because he had developed a compulsion for giggling at inappropriate things. He showed me a joke about child abuse (basically a picture of the Pope with a lewd caption added); he had tweeted this to his millions of adoring fans and spambots, simply in order to get a cheap laugh at the expense of the Catholic church. 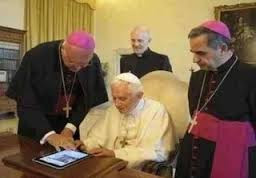 I am exploring S's other mental deficiencies - for example, he thinks the word "bottoms" is hilariously funny - and trying to work out whether there is a common pattern. Meanwhile, I am advising him to avoid funerals, memorial services, mosques, churches and Liberal Democrat conferences, where unseemly sniggering may get him into trouble.

Doctor's note - do not let this patient pay by credit card. 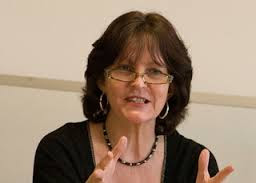 Patient T is a real intellectual giant, being a professor, no less, at Roehampton University (formerly the Oona Stannard School of Liturgical Dancing for Young Ladies). She tells me she is a Professor of Catholic Studies, but her enemies say that she is a Catholic in the same way that the Professor of Animal Behaviour is a Cat.

T came to me in a very distressed state, saying that she was now a laughing stock in the Catholic world, because her very exciting lecture on Lumen Gentium - why the Virgin Mary teaches us that gay relationships are the best was cancelled by the Diocese of Clifton for no obvious reason. What is more, her Beattie-platitudes or "Beattietudes" (e.g. Blessed are ye if ye preach against the Pope, because Tina will love you) were not regarded as highly as the original teaching in the Sermon on the Mount.

Doctor's note - needs to cut down on the Tablets.

Will 'the smirk' come to haunt Thompson?

Patient D writes a universally-despised blog for a national newspaper, together with a dumbed-down Saturday column in which he strings together lots of trivial ideas. Currently he is editing the writings of the late Gladys Mills, which will appear next year as The Fit or The Gladys Mills fitness programme. 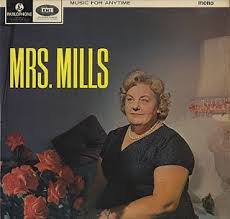 The quiet dignity of Mrs Mills, one of the greats of piano-playing

D has been mocked many times because of the ancient picture at the head of his blog. It shows a middle-aged character, wearing his old school blazer, whose expression has been variously described as "sneering" or "smirking." This grinning picture is used even on the rare occasions when D decides to treat a serious subject such as terrorism. Although not a compulsive sniggerer like S (q.v.) the patient D lacks that sense of self-awareness which should make him avoid such blunders.

Doctor's note - don't mention religion, it only upsets him. 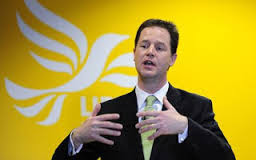 This patient believes he is being attacked by a giant bird

Lastly, N came to see me. Claims to be some sort of politician. He is worried that everyone who disagrees with him on any subject at all may be a bigot.

I mentioned Gladstone, Asquith and Lloyd George. He had not heard of them, but I told him that they were leaders of the party that he now serves. In order to stop him from biting my carpet, I persuaded him that they were all pioneers in the "gay marriage" movement.

Diagnosis: I believe the patient may have Brown's Syndrome, under which a person gets hysterical if they are disagreed with.

Doctor's note - that's odd, someone seems to have thrown my laser-printer out of the window.