Prof. Karen King of Harvard University claims to have discovered a 4th century fragment of papyrus proving (as the great theologian Dan Brown claimed a few years ago) that Jesus was definitely married.

An exciting piece of papyrus.

Prof. King's translation of the papyrus is as follows:

And Jesus's mother-in-law scolded Him, saying, "It'll be a miracle if Thou ever makest anything of Thy life, and what's more Thou does not give my daughter enough housekeeping, Thou mayst think two sparrows are sold for a farthing, but in fact good quality sparrows can be as much as a penny each these days, what's more the donkey needs feeding, and Thou hast promised to remove that dried-up fig tree in the garden..." 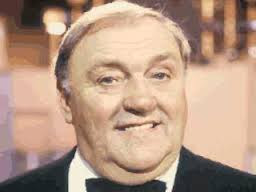 This is not the first piece of papyrus that refers to Jesus having a wife. For example, there is the fragmentary "Gospel of St Leslie." This contains the famous "Sermon in the pub" in which Jesus is alleged to say "I can always tell when the mother-in-law's coming to stay; the pigs run into the sea." Another saying that Jesus is claimed to have uttered is: "I wouldn't say that my wife was fat but it would be easier for a camel to go through the eye of a needle than for her to enter the Kingdom of Heaven."

Most scholars think that the "Gospel of St Leslie" is a forgery. However, our Lord is not the only religious figure who may have had trouble with scolding relatives. For example, it is now generally accepted that Mrs Buddha used to scold her husband for sitting under a Bodhi tree all day long when there was work to be done. 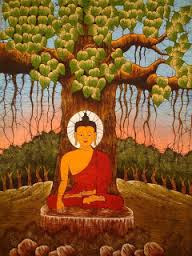 Buddha! We're out of candles. Do something - we need enlightenment.