How to choose a new Archbishop

With the eyes of the world on the Anglican church, we offer some advice to help it choose a new Archbishop of Canterbury.

1. The Buddhist method. Look for a baby who is a reincarnation of Rowan Williams. Two problems here: first, Rowan is not actually dead; second, this would leave the Church of England without firm leadership for about fifteen years. Oh - so no change there, then. 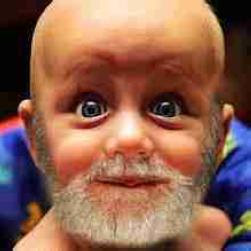 The new occupant of the high chair of St Augustine?

2. The Catholic method. Lock all the bishops away in a room and don't let them come out until they are able to declare "Habemus Puppet:" this means that one of their number will do what the rest tell him (this is the Anglican church, after all). He will also change his name; so we may end up with an Archbishop Æthelnoth II, or Plegmund II, or even Rowan II. The only snag we can see is that if one locks up all the Anglican bishops in a room, then the winner will be the only one without a knife in his back. 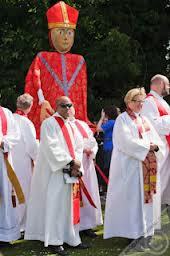 3. The Government would find it so much easier to push its agenda of same-sex marriage for all if the Church of England could be converted into a government department. In this scenario, there is a strong case for appointing Nick Clegg as the new Archbishop. As a man with no strong religious views he will appeal to all sections of the Anglican church. Moreover, he has nothing much else to do at present. 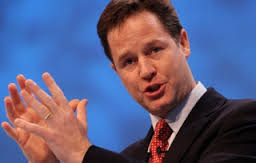 Let us put our hands together for a few simple prayers.

4. Well, if the Queen wants to be supreme governor of the church, can't she do her own dirty work? Technically, she could be advised by David Cameron, a man who thinks that the Magna Carta is one of the ordinaries of the Latin Mass, but she prefers to take advice from scholarly publications such as the Sun and Daily Mail. 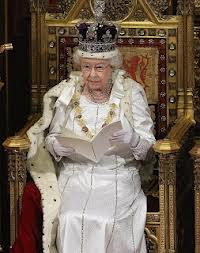 The Queen studies the form book and desperately tries to decide between +Cuthbert Bognor-Regis and +Elvis Luton.