Reprinted from the Indecent newspaper. 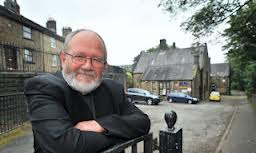 Father Ian Ubbs, the vicar of Roderick-under-Glossop, is one of the most original minds in the Anglican church. His basic philosophy on all matters religious is Christ was wrong.

"For too long the church of England has been treating Christ as if He were some sort of God," explains Father Ian. "In fact, he was a racist homophobic bigot who believed in outmoded ideas such as Good and Evil. Almost every time He opened His mouth he said something stupid." 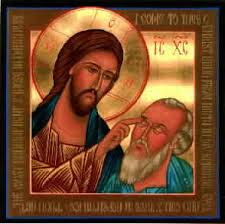 Jesus heals a blind man. But what was His true agenda?

Our Indecent reporter was naturally delighted to find a priest prepared to deny almost the entirety of Christian teaching - after all, we wouldn't have interviewed him if he'd been willing to put forward a more traditionally orthodox line - and so we asked Father Ian to explain.

"Look at all this nonsense about forgiving sins," scoffs Father Ian. "Over the centuries the Anglican church has evolved into a position where we don't accept the idea of sin. Thus there are only two possibilities here: either Jesus was a complete idiot who was out of touch with reality - or He was pretending that sin exists, in order to deceive people." 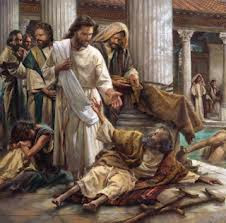 "Take up thy bed and walk." Jesus shows His prejudices against disabled people.

"Remember the racist story of the Good Samaritan? Obviously it was designed to insult the Samaritans, by implying that there was only one good one. And the story is also homophobic - all this stuff about pouring oil and wine on the traveller's wounds is obviously a sneering reference to gay massage parlours." 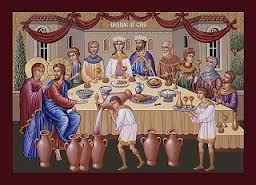 "How about equality and diversity, Father Ian?"

"Well, as a committed Indecent reader, I see equality and diversity as the fundamental concepts in my faith; but Jesus never uses either word. That strongly suggests that we Anglicans have been encouraged to worship the wrong man." 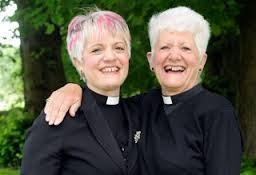 Don't let Jesus see these girls - He was a known misogynist.

Our reporter then raised the issue of women priests, and gay weddings. Father Ian said "I rolled on the floor laughing hysterically when I first received communion from a woman. I shall similarly roll on the floor laughing the first time I officiate at the wedding of a gay couple, whether the Church sanctions it or not."

Although regarded as a conservative in the modern Anglican church, Father Ian is widely expected to be appointed as the next Archbishop of Canterbury. 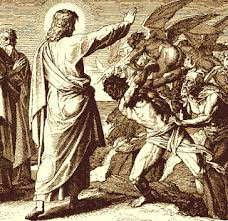 Casting out demons. Nowadays you would get an ASBO for that.