The Editor of the Tabloid comic explains how Cardinal Spartini was right to challenge the Catholic Church's conservatism. 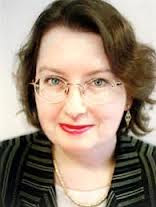 Cardinal Spartini, who died recently, has denounced the Catholic church in no uncertain terms. In a message from beyond the grave he tells us: Having a lovely time. Wish you were here. Weather wonderful, hope I don't have to go anywhere hotter. That horrible imposter Pope Benedict has paid tribute to Spartini, the man who should really have been Pope, in the words, "Ach, I'll miss old 'Bonkers' Spartini. Man was a loony liberal, of course, but he was very kind to his white cat."

If the conclave of 2005 had gone the way it should have done, Spartini would have been Pope, and the Catholic church would have been able to undo some of the worst excesses of the John-Paul II years, such as the Fall of the Berlin Wall, and the Collapse of Communism.

The Berlin Wall. Its demolition was never authorized by the Vatican II documents.

Spartini was a keen champion of liberalism, and felt that the Catholic church should change its attitudes on contraception, divorce, gay marriage and prostitution. My own mother was aware of these issues: when I was a child she would look sadly at me and say "Catherine, if only I had been allowed to use contraception!" Vatican II implicitly enjoined us to ordain lesbian prostitutes, and this was swept under the carpet by traditionalists trying to take us back to the dark ages, when people such as Christ, Peter and Paul were preaching their out-of-date doctrines.

If Spartini had become Pope we should now be seeing a more liberal Catholic church, ready to ordain a woman Pope, ending discrimination against people on the grounds of sexuality or religious belief. I would have faced fierce competition from Polly Toynbee and Harriet Harman, but I am sure that in the end I would have been elected Pope in spite of my mildly pro-Catholic views. 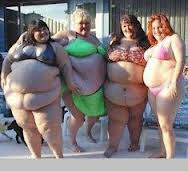 Why are these ladies not allowed to be cardinals?

What do we see in the modern Catholic church? A return to outmoded forms of worship where the use of ancient words such as "Gloria," "Alleluia" and "Amen" - words incomprehensible to most of us - is encouraged. The reading of outdated books such as the Bible, rather than Das Kapital or The God Delusion. No wonder Spartini was horrified.

Still, it's not all bad. The Catholic church maintains its traditional opposition to murder, and I think most of those present at Vatican II were happy to accept this. But the ideal Spartini legacy would be for the Catholic church to help with the rebuilding of the Berlin Wall, and to fight for the collapse of capitalism.