Sherlock Holmes and the poisoned professor

"What do you make of this, Holmes?" I asked, looking up from my laptop, on which I was reading some comments on Twitter. "Richard Dawkins is complaining about something again." 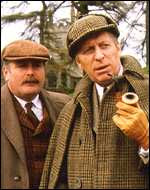 Holmes rose from his chair, from which he had firing bullets into the wall, producing a passable outline of the head of Bishop Kieran Conry (or it may have been Camilla, Duchess of Cornwall) - the revolver shots were annoying, but less painful on the ears than when he played selections from Paul Inwood on his violin. "Let me see now," he said. "Wednesday was insult-Muslims day, and Thursday, being the Assumption, would have been the occasion of a dig at the Virgin Mary. On Friday he just whinges about life in general - recently it was the difficulty of finding a matching pair of socks."

I read out the tweet in question: My daily breakfast includes (unsalted) cashew nuts. My current batch tastes of chlorine. Any (knowledgeable, non-facetious) ideas why? A feast fit for a leading atheist!

"There is Devilish work afoot here," replied Holmes. "A scientific question that even Richard Dawkins cannot answer! But, if I am not mistaken, here is our client now!"

Mrs Hudson opened the door of our rooms in Tom Baker Street, admitting an aged man, who was accompanied by a younger woman and a strange metal dog bearing the legend "K9". Holmes greeted them warmly.

"I perceive from your right sleeve that you are a retired zoologist, now employed as a world-leading amateur theologian and scourge of the godly," said my friend. "Also, the scuff marks on your shoes indicate that you came here in a large red bus bearing the legend 'Look, I tell you, there probably isn't a God. Now get lost.'"

"Never mind that rubbish, Holmes, you charlatan," replied Dawkins with his well-known charm and bonhomie, cutting short my cry of "Amazing, Holmes!"

The facts of the case turned out to be as Dawkins had already related in his Twitter comment, and my friend had further questions to pose. "Do you have enemies, Professor Dawkins? Are there any people you may have offended in some way?"

"Not really," said Dawkins in a puzzled tone. "Well, the Catholic Church of course. And the Anglicans. The Baptists. The Muslims. Sikhs. Hindus. Hardly anyone, really."

We accompanied our client and his companions back to the scene of the crime, the breakfast room in Castle Dawkins, Oxford. Holmes scrutinised the room carefully, then, with a cry of "Aha!" he pulled a white cap from under the table. 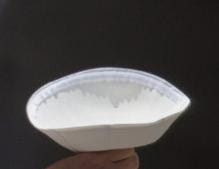 "If I am not mistaken," said my friend, "this is a zucchetto. No, Watson, don't try and eat it, it's not a zucchini. This is a skull cap worn by someone very senior in the Catholic Church. I have written a monograph classifying 200 different types of skull cap. Perhaps you have read it, Professor Dawkins?"

Dawkins explained to us that he never read works by other people, to avoid the risk of being contaminated by their opinions, and Holmes gave us a profile of his prime suspect.

"I suspect someone senior in the Catholic Church, probably a pope. He would need to have some knowledge of chemistry - perhaps he found the subject too difficult, and gave it up to become a pope instead. Now, to judge by the monogram inside the cap, his name begins with F. Have you seen a Pope Fred in the neighbourhood recently?" 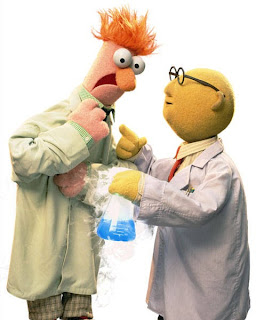 Alas, the case was destined to remain unsolved. Somewhere my friend had made a vital error, for we were totally unable to track down anyone answering to the name of "Pope Fred". It was one of Holmes's rare failures.

"Watson," said my friend. "If it should ever strike you that I am getting a little over-confident in my powers, kindly whisper 'Dawkins' in my ear, and I shall be infinitely obliged to you."