In April we brought you the controversial news that Archbishop Vincent Nichols was to be the new face of the Bank of England £5 note. Since the Catholic church is widely regarded as a symbol of repression, misogyny, chauvinism, etc. (except by most of its female members), a chorus of voices has arisen, calling for a woman to appear on an English banknote.

Following a hard-fought campaign, it has now been decided that the new £10 note will drop Charles Darwin and replace him with Professor Tina Beattie, the well-known expert on "human flourishing". 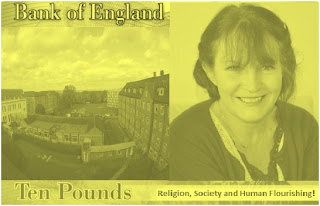 The "tenner" becomes the "tina".

The campaign for Tina Beattie has not been without its incidents - for example, there were threats on the blogosphere from people who offered to "convert" her or to "educate" her (Italian police are said to be interviewing a retired pope in Rome, who was one of her main attackers). But in the end, the Governor of the Bank of England relented, and the choice of a famous female writer was inevitable.

Known for her pride and prejudice, although not for her sense or sensibility (or persuasion), Professor Beattie has made powerful attacks on the Catholic Church in works such as God’s Mother, Eve’s Advocate, where she expresses some highly eccentric views about the Mass. As a result she is much loved by atheists: indeed, Richard Dawkins, although sad to lose Darwin from the £10 note, and piqued that he himself is not to be the replacement, acknowledged that Tina Beattie was "a woman after his own heart". 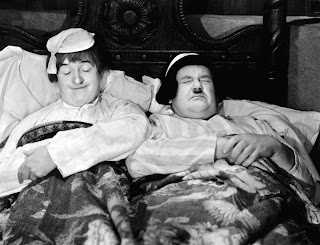 The "Mass" scene from the soon-to-be-released movie of God’s Mother, Eve’s Advocate.

Tina Beattie herself was said to be delighted with the today's news. "People who attend my lectures sometimes say that my notes are worthless," she commented, "but this will prove them wrong!"