There are rumours that the BBC is planning to change the format of its radio programme Desert Island Discs after a barrage of three complaints from the National Secular Society. At present, "castaways" invited onto the show are invited to take eight records of their choice, together with the Bible, the works of Shakespeare, and one luxury item. We asked Terry Sanderson, president of the NSS, to explain his objections. 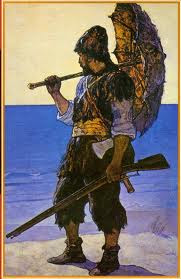 By popular request: Terry Sanderson exiled to a desert island.

Explained Terry: "It is assumed that people will want to take with them the works of Shakespeare, but in this modern age few people believe in them. I'm not saying that some of the events portrayed in the book didn't happen - for example, most of us would accept the existence of Henry IV, even if we didn't think he came in two parts - but some of the stories are clearly legends that nobody can be expected to believe." 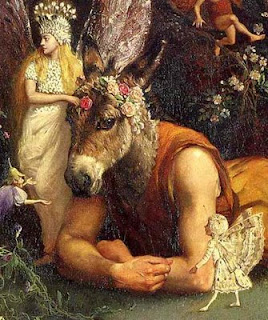 "This book about a midsummer night's dream," he continued. "Obviously a man can go around with an ass's head on him - my friend Richard Dawkins finds this idea totally reasonable - but there are miraculous elements in the story that reduce it to a fairy story."

"There are may unsavoury incidents in the work," continued Sanderson. "My other friend Stephen Fry is shocked by the story of Malvolio, imprisoned for being insufferably smug and wearing yellow stockings. Stephen rightly says that if the story is true we should refuse to play any sport with Illyria. But my feeling is that the whole thing is a myth." 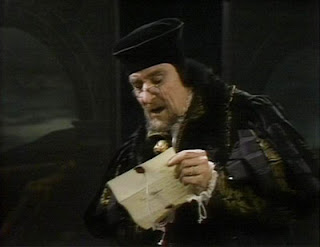 "I'll say nothing against the character of Polonius, although he is generally regarded as a humourless old fool," he added. "For various reasons I feel a natural affinity with him, and his martyrdom behind an arras is truly unpleasant. But it would be wrong to think of the play Hamlet in supernatural terms, and this nonsense about a ghost strains all credulity."

The "King James" edition of Shakespeare has made it a popular book since the early 17th century, containing as it does a mixture of history, moral teaching, instructive legends and poetry. However with the NSS condemning it, the BBC (which regards the NSS in high esteem) is likely to drop it from the radio programme. 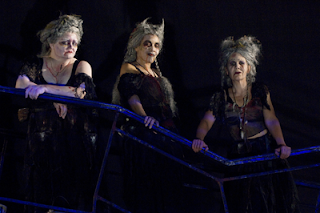 The book of Macbeth is similarly fantastical.

A BBC spokesman said last night that they were expecting to drop Shakespeare, replacing it by a suitable secular work, such as The God Delusion or Whitehead and Russell's Principia Mathematica.

Just the thing for a long stay on a desert island!