Persecuted Archbishop told to "grow up"

Rowan Williams, the former Archbishop of Canterbury, was today told to "grow up" and stop moaning about feeling "mildly uncomfortable". 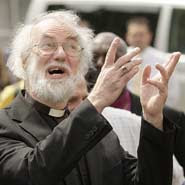 Thou writest bitter things against me. Job 13:26

After saying a few daft things trivialising the difficulties suffered by faithful Christians in modern Britain (e.g. the loss of their jobs), Archbishop Williams has received a hail of abuse, insults and invective, both on Twitter and on the blogs. Although he is very distressed by this, it has been pointed out to him that his sufferings are minor compared with those of some former Archbishops of Canterbury. 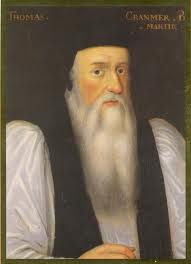 Cranmer. Called "beardie" by his enemies. Also burnt to death.

Archbishop Cranmer himself was very unpopular in his time. Although he became a fellow of Magdalene College, Cambridge, he never made it to Master, probably because of his silly beard, for which he was remorselessly mocked. "Oh look, it's that leftie druid chap," said the Cambridge students as he walked through the town. In the end he had to go. 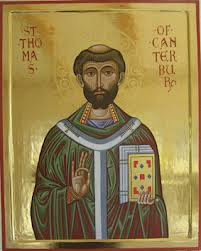 Thomas Becket - the authorities said he was a liberal.

Thomas Becket was another occupant of the see of Canterbury who was roundly abused on the Internet (or Plantaga-net as it was called in those days). Although his beard was not widely criticised in contemporary blogs, he was described as "turbulent" by a very senior member of the government (Henry II), and it was not long before he lost his position.

So those who are saying to Rowan Williams, "Chin up! Bear your sufferings like a man!" are probably only being fair. These days, the life of an Archbishop in modern Britain is relatively comfortable, and the persecution he suffers is insignificant. 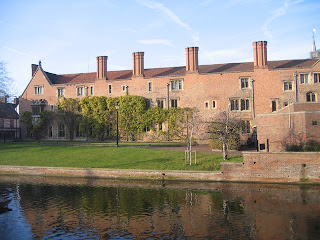 A home for retired archbishops.