According to press reports, Lukas Novy, from Brno (Czechia) has been given permission to wear a sieve on his head for the picture on his official identity card. 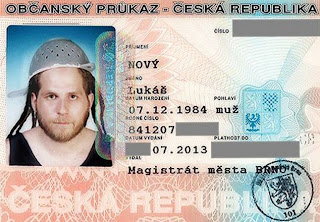 Luka Novy - wishes to be officially regarded as a wally.

Mr Novy claims to be a member of the Church of the Flying Spaghetti-Monster (a Pastafarian), which is an organization of people who believe that lame jokes can be healed, and that dead humour can rise again.

As a registered wally, Mr Novy should not be mocked on the grounds of his sincerely-held beliefs. Eternal life may be beyond him, but there is still some hope that he may one day get a life. 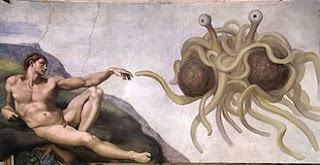 This parody was hilarious the first ten times I saw it.

We were privileged to receive a copy of a liturgy from the Church of Clueless Wallies. It begins as follows:

It is believed that the last response was inserted in tribute to Professor Richard Dawkins, who is himself more of an "invisible badger" man, with his recent gnomic utterance "You have zero evidence for your theory that invisible badgers can't fly", considered by great minds to be a devastating justification of the "skyfarian" faith. 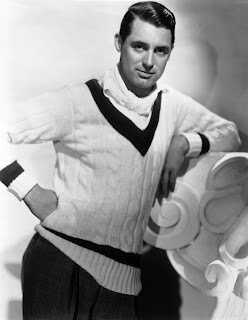 Cary Grant dressed as a badger (for one of my readers, a fan).

Although officially recognised as member of a religion, Pastafarians will be facing other legal difficulties, as they seek equal status with more serious faiths. Will they be allowed to "marry" same-sex couples? Most Pastafarians are adolescent males with acne, who stare at their feet whenever a girl approaches within speaking distance, so this is likely to become a burning issue. However, the future looks good for their church, as younger people are also starting to flock to the faith. 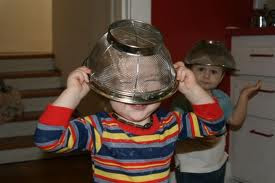 Pastafarianism - a good religion for people with a mental age of 3.