Yesterday, I quoted a tweet from Fr James Martin, SJ, which claimed that the Blessed Virgin Mary was a man (I have since learned that the logic behind this tweet might not be as straightforward as I thought - my mistake, I later deleted the tweet). A few days ago I also retweeted an article about Enda Kenny's forthcoming "cannibalism" referendum in Ireland: this did not express my own views, but I thought I would draw attention to it, as a subject for discussion. I was shocked to see that I instantly got online abuse and was told that "my views" would be placed on a blog, so that people could discuss them. 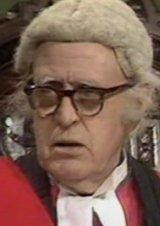 Eccles talks to a lawyer.

Later, I was shocked to see that I had been personally insulted. A friend of mine who has spent a lot of time in court without ever being convicted - he is a solicitor - saw the blog and said, "Father Eccles, you could really cash in here!" It seemed like the appropriate action for a priest in good standing to take, for after all, does the Bible not tell us to "Sue the Lord thy God for all acts of God, and sue thy neighbour if he offend thee"?

Still, I am a poor priest, and not rich enough to sue anyone. Besides, I'm not sure that expressions such as "silly", "toad" and "fish-face" are really actionable. My friend says that "silly fish-faced toad" might be worth a sum in the region of 20p, but I am not so sure. 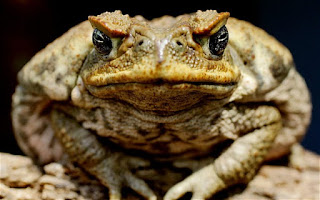 This is not Eccles.

Worse than that, I found my actions being discussed on the entire blogosphere, as unspeakable people rushed to the defence of the wicked shameless criminal - a self-confessed mother of three. Six people turned up at Mass wearing "We like mothers" tee-shirts, I have been told to "put a sock in it" and I have been accused of being possessed by the spirit of Enda Kenny. Also - horror of horrors - e-mails have been sent to my bishop. And you know how bishops get excited if someone they've never heard of tells them that they have had a Twitter squabble with one of their priests! 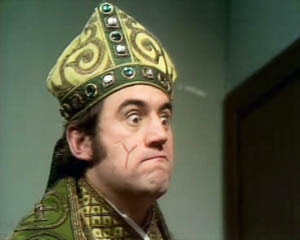 My bishop reacts to an e-mail.

Worst of all, a sanctimonious deacon wrote a blog post saying that he didn't agree with me, or anyone else, because he was a much better person than any of us. Still, he would say a prayer, asking that we would all become as virtuous as he was.

Anyway, stuff this for a lark. I apologise to the entire universe for whatever it is I never did.