The Vatican's logo for the Jubilee Year of Mercy is proving controversial, as it is based on a new theory of Cardinal Kasper ("the Pope's jester") that Our Lord had two heads. 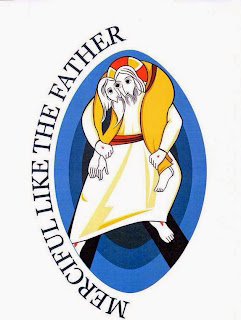 Sr Wendy Beckett writes: What a delightful painting this is. We see a two-headed man on skis, wearing an unusual scarf.

Although the Dicephalist heresy is already embodied in pagan culture, and expressed in sayings such as "Two heads are better than one" (or the Orwellists' "One head good, two heads better"), it is certainly unsupported by scripture and tradition. Cardinal Kasper's revival of this heresy is distinctly worrying, and we are waiting for Cardinals Burke, Pell, Napier, Sarah, etc. to give definitive guidance on the matter. 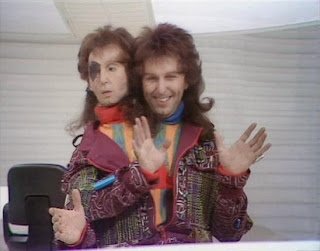 St Zaphod of Beeblebrox (St Z): so holy that he grew a second head.

We did interview Cardinal Kasper, but he was having one of his less coherent days, and told us in no uncertain terms that he himself had seven heads, like the dragon in the Apocalypse. We made our excuses and left.

IMPORTANT. Some readers of this blog have questioned whether its author is really as saved as he claims to be. However he has now installed an "Ecclestone" in his garden, which should put the matter beyond doubt. 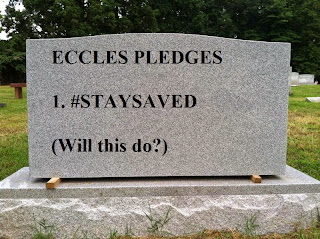