Bishop Philip Egan of Portsmouth has confirmed that the relics which arrived at Southampton today pertain to Archbishop Diarmuid Martin of Dublin, and not, after all, to Blessed Louis and Zélie Martin, the parents of St Thérèse of Lisieux. Apparently, this was a "replacement item", delivered when the real relics were out of stock. 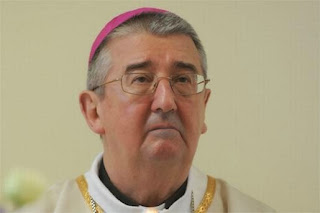 Archbishop Martin - his relics were delivered by mistake.

It is normally considered "bad form" to open the box and see what the relics actually consist of, but in this case an exception was made and it was discovered that what had been delivered was the lost backbone of Archbishop Martin. This was reported missing earlier today, when the good archbishop declared that, although he himself would vote against same-sex "marriage", he had no wish to stuff his religious views down other people’s throats. After all, it's not an archbishop's job to give moral leadership and guidance (ask Vincent Nichols!)

Bishop Egan has declared himself dissatisfied with the replacement item, feeling that the archbishop's spine is unlikely to be truly an object of veneration, nor indeed capable of working minor miracles.

Not a very sacred relic.

Meanwhile, other prominent Irish Catholics have entered the "same-sex marriage" debate, including the silenced Red Emptyhead, Tony Flummery. Faithful to the Vatican's command Pone soccum in eo, O Antoni ("put a sock in it, Tony"), Fr Flummery has maintained a dignified silence, talking only to the trees and his pet rat, O'Connor. However, lacking any concrete guidance from Archbishop Martin, a man whom he deeply reveres, it seems that Fr Flannery will probably vote "yes" in accordance with Enda Kenny's wishes. 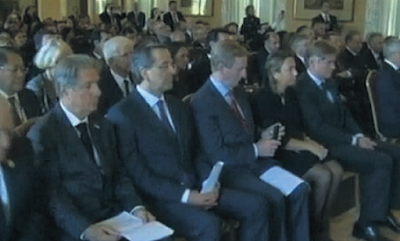 "Another text from Satan. What can he want now?"

The confessions of Isobel Brownlie.

Finally, in Northern Ireland, a related issue is the great "gay cake " scandal, in which Judge Isobel "hash" Brownlie came up with a remarkable verdict. Apparently, the Christian-owned Asher's Bakery was obliged to bake a cake which simultaneously infringed the Sesame Street copyright on the puppets Bert and Ernie, promoted a political slogan demanding (illegal) same-sex marriage, and went against their own consciences. A triple whammy, there. Later, Isobel Brownlie was said to have had second thoughts - well, first thoughts, actually - about her verdict and despairingly echoed Pope Francis in saying "Who am I to judge?" Many readers of this blog will also ask themselves "Who is this idiot to judge?" 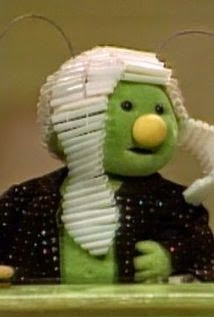 Judge Isobel Brownlie (or the nearest equivalent I could find).