All Anglican clergy to be rebranded as women

Following the Anglicans' widely-reported calls to refer to God as a woman (John Bingham is not widely-regarded as a satirist, so we must assume that this piece is serious), there have been further calls to refer to all Church of England clergy as "she". 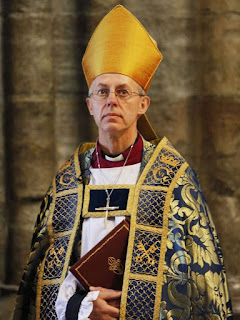 Referring to God as "Our Mother" may be regarded as controversial, and would involve a rewriting of the Lord's - er, Lady's - prayer in terms such as "Our Mother, who art in Heaven, Holly be thy name, ..." No such difficulties are seen in deeming all Anglican clergy to be female: as one commentator said, "They're all a bunch of old women, anyway. Besides, atheists are used to referring to them as 'men in dresses', so if we decide that they are 'women in dresses', then this instantly demolishes a powerful anti-clerical argument." 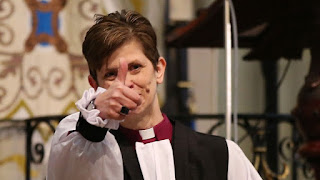 Deeming all clergymen to be female will also be in keeping with the Spirit of the Age (which is an Anglican cousin of the Spirit of Vatican II), for the married males will suddenly find themselves in same-sex partnerships, which can only be a good thing. Ask Father Gerry O'Morrah of the Irish Catholic Church to explain this to you.

Mother Giles Fraser has declared herself "delighted" with her statutory change in sex; it has always been a disappointment to her that she has been unable to identify herself fully with the "gay marriage" community, being married to a woman and being the father of kids.

N.B. While researching this article (oh yes, we did) we discovered that "Giles" is derived from the Greek αιγιδιον (aigidion) meaning "young goat". So "kids" is the right word. 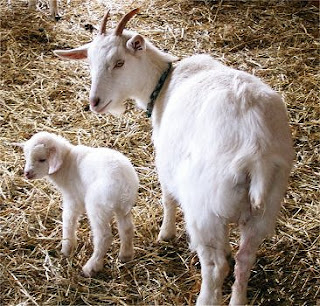 "Why do the sheep go on the right and the goats on the left, anyway?"