I cannot stand the way that people think it is all right to praise Pope Francis. Surely a Catholic should always be rebellious?

In recent times popes have been more visible to the world than ever before, thanks to the fact that they have stopped going to church and instead come out into the streets to meet the people. As a result, they are no longer regarded as distant hate-figures, but may occasionally be seen to perform actions that attract admiration. 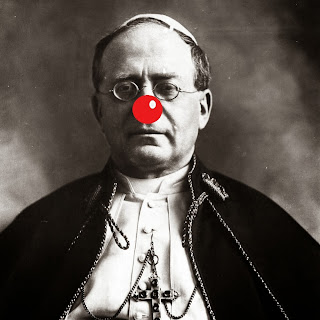 Even in ancient times, popes were occasionally praised by very holy people. For example, St Paul said of St Peter, "Old Pete may not be a great letter-writer, but he certainly 'smells of the fish'."

More recently, Cardinal Newman said of Pope Pius IX, "I could make a better pope out of an old scarecrow, but there's always a chance that this one may be slightly saved if he learns to shut his trap." Generous language indeed! 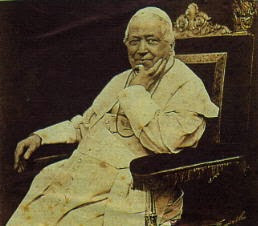 Finally, Cardinal Burke has said of Pope Francis, "Well, say what you like about the old thug, but he's not as crazy as Kasper!"

Of course, it is more traditional for Catholics to show love and respect towards the Pope by referring to him as "Fatso", "Francis the Fool" or "Pope Gay" (if you're Mundabor, which few people are, fortunately). Or, if they are members of ACTA, ACP, the Tablet board, etc., to call him "Sexist dinosaur". These are terms that warm the heart of a pope, especially when he sees who is using them.

However, there is nothing sinful in referring to the Holy Father as "Einstein the Ecumenical", "Captain Hermeneutic", or "His handsome Holiness", even though it is contrary to Catholic custom.

Reprinted from the Catholic Herald. 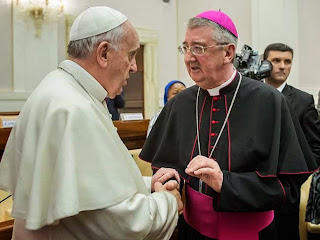 Diarmuid Martin complains that people keep calling him "a man of principle".