President Obama discovers that he is saved

It is now possible to listen to President Barack Obama singing "Amazing Grace" in public. For many of us there are problems with this hymn, as it assumes that salvation is automatic once you sign up to the Calvary Chapel, Southern Methodists, Salvation Army, Freemasons, etc., and that the Day of Judgement will be a mere formality. In the words of Mr Obama, "We is all saved persons. Hallelujah!" 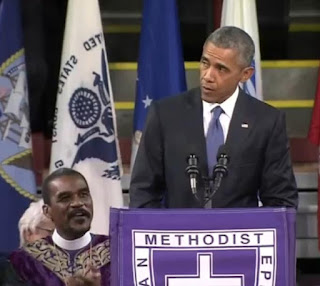 "For an encore, I'll sing the Dies Irae."

*One mark for self-awareness.

He later explained - exclusively to this blog - how those words applied to him personally. "Yes, I know Google offers 27,100,000 results for 'Crimes of Barack Obama', but I am a changed man. I no longer support late-term abortion. I condemn those creepy judges who said that changing the definition of marriage to include homosexual couples was linked to the U.S. Constitution. Now that Jesus has entered into my life, and I is saved, I has renounced evil."**

**As my Brother Bosco will confirm, when Jesus enters your life, you also renounce grammar. 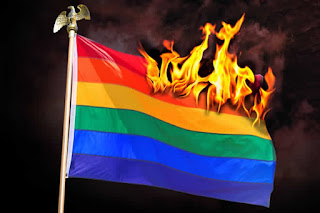 A symbolic gesture from a newly-saved president.

It is not clear when exactly Barack Obama first believed in any god other than himself. but if he says he is saved, who are we to judge?

We asked the President how - as a saved person - he would be dealing with the real crises of the world such as the massacres of ISIS. He kindly granted us an exclusive picture in which he is seen to be taking charge. Hallelujah! 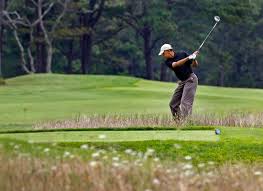 A saved person shows how to deal with Islamic terrorism.