"Slough of Despond" appears with a controversial cover

The popular fashion magazine Slough Of Despond caused outrage this week by printing a picture of Dame Edna Everage, the well-known "transgendered" woman, on its cover.

The Slough of Despond.

Many people have wondered why a magazine should be called Slough Of Despond, after one of the least appealing locations in John Bunyan's The Pilgrim's Progress, associated with sin and guilt; still, this is a magazine read by those who worship vanity, greed, despair and various other sins. It is therefore appropriate that its cover should bear the effigy of a man dressed as a woman - a man, moreover, whose friends have clearly deserted him and failed to counsel him in his madness. 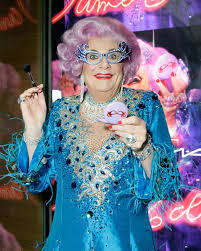 By telling the world that Dame Edna's real name is Barry, we are aware that we shall be open to charges of transphobia - a fear of people who can't accept the sex they were born into - but we feel that sometimes it is necessary to stand up for the truth.

We refuse to be silenced. You may claim that Tootsie was a woman, and worthy to be put on the cover of the magazine Valley of the Shadow of Death, but we can exclusively reveal that her real name was Dustin. 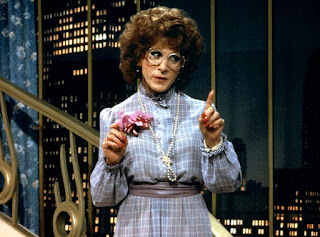 On the other hand, we must apologise for our unsubstantiated claim that Katharine Jefferts Schori (seen on the cover of Doubting Castle magazine) was really a man. We may have been mistaken here. It's very hard to tell, sometimes. Still, if she is a woman, why is she dressed as a bishop? 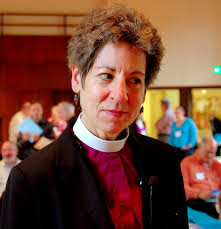 Dressed as a bishop. Still, this chap may be female.