Well, never mind the Pope's encyclical for the moment. What do other religious leaders have to say? 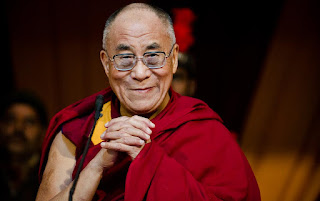 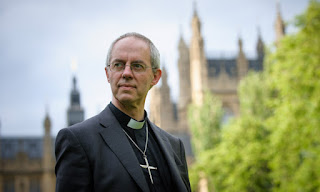 Now, it's not for an Anglican clergyman to preach to you; indeed, until my opinions have been approved by a 2/3 majority at the General Synod, we cannot be sure that they are truly the will of God - if He exists, and that's a question that we still aren't agreed on! However, I think I can stick my neck out here and say - in a very real sense - that if we are all doomed to be inconvenienced by War, Famine, Disease and Death, then this will be jolly unpopular in some circles. Still, I am happy to reassure my critics that the Church of England is instituting a system of "Smoking Bishops" to minister to those who think that being drowned by rising seas and bursting into flames is a good thing on the whole. So, as usual, we are catering for all beliefs and none. After all, that's why we're here! 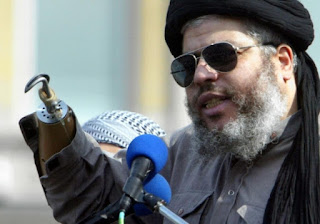 We are all called to Jihad, and by that I mean the massacre of the infidel. But Allah asks us to do this in a way that respects the planet. Beheading Christians is ecologically sound - it has a very low carbon footprint - whereas shooting them releases dangerous greenhouse gases into the atmosphere. I used to be quite keen on the use of landmines, until I discovered Green Terrorism; nowadays I respect all nature - except for humans of course. 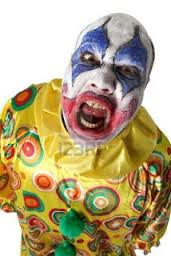 Brother Bosco of the Calvary Chapel.

I don't care about the environment. If the Pope says we must respect it, then he's saying this as part of some international baby-eating conspiracy including the Jesuits, the freemasons, Sepp Blatter, the Mafia, the Inland Revenue, the BBC's Strictly Come Dancing show, and the Mothers' Union. Trust me, I read all about it on wehatecatholics.org, catholicsarecannibals.com, letsbitethecarpet.org, makeupyourowndrivel.net and Richard Dawkins's website weluvdicky.org. The Catholics are just using atmospheric pollution as a smokescreen. Nurse! Where's my medication?