It is likely that the Vatican will soon rule on the authenticity of certain apparitions that have manifested themselves to Pope Francis, apparently with the aim of confusing him (hence, "Muddle Jorge"). Since their messages appear to contradict all Catholic teaching, it is likely that they will be declared bogus. 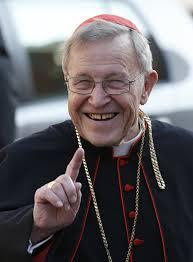 A vision of St Caspar

St Caspar, one of the three Magi, is said to have appeared in a dream to the pope, telling him that divorced homosexuals should be allowed to marry other homosexuals in church - and by the way, the Holy Father should ignore everything that St Balthasar said, because he was "a bit African". It is unlikely that this vision of St Caspar will be authenticated. 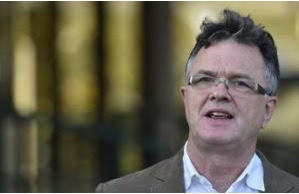 Peter Saunders, the Chairman of the SBGPE (The Society for Blaming George Pell for Everything), is another who pops up regularly with unconvincing pronouncements. It is hoped that he will soon be "moved aside" to a place where poisonous rubbish isn't out of place - so perhaps a career at the Tablet awaits him. 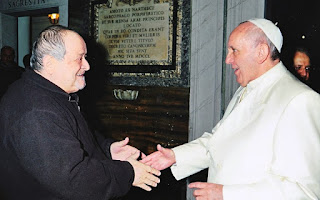 Well, De mortuis nil nisi bonum, as the Latin Mass has it, or So, farewell, then, as the modern translation puts it, so we can't say more here. Anyway, we're just off to a champagne party organized by the Franciscan Friars of the Immaculate.

But the visions of Muddlejorge are a load of nonsense, aren't they?