A Satanist, a Jesuit, an atheist, and a radical Muslim meet

Once upon a time there were a Satanist, a Jesuit, an atheist and a radical Muslim, and they decided to compare their achievements. 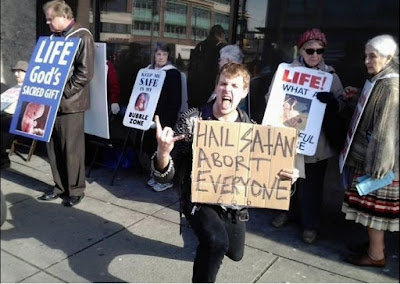 It's hard to look normal when you're a complete loser.

"I must be the most evil," said the Satanist. "I have backed the Devil, the Father of Lies. I like backing losers: I also support Norwich City football club, the Zimbabwe cricket team, and Jeremy Corbyn. I am really attracted by the possibility of eternal damnation and the Lake of Fire. Knowing that God is almighty and could obliterate me with a crook of his little finger, I take part in black masses where I profane the sacrament, simply because it makes me feel really naughty. Look at me, folks, I'm the bad boy of the class." 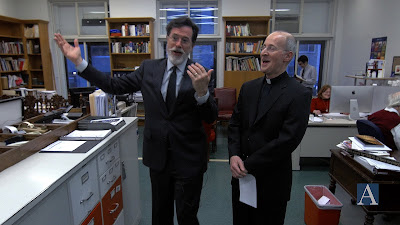 This is what passes for Catholicism in New York.

"I'm not evil," said the Jesuit. "In fact I am MERCIFUL. I also practise a new type of Catholicism, in which we deny all the established teaching. The pope's going to ordain women, you know - after all Mary Magdalene was the Head of the Church at the time of the Resurrection (and she even wore a dalmatic). The Holy Spirit is a woman - trust me on this - and so is the Spirit of Vatican II. Now I want to encourage people to practise Ignatian Discernment: nowadays, this means dreaming up the wackiest ideas possible and imposing them upon an interpretation of holy scripture!" 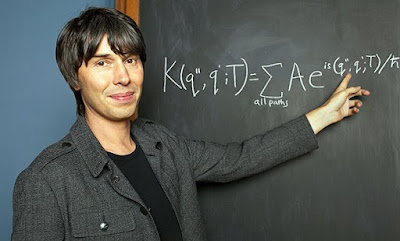 "We've been having a hard time recently," said the atheist. "Dawkins has been ill, and split from his wife; Grayling's still sulking about Brexit; Fry's thrown a wobbly and vanished from Twitter; I've been making a complete hash of pretending to be a climate scientist; only Elton John can be said to be leading a truly happy life. Moreover, everyone laughs at us, because we can't find a single rationalist who isn't just a little bit odd. Indeed, worldwide we're in decline, even though in the UK the Catholic and Anglican bishops have done wonders for our cause. So, although I would like to say we're undermining the Christian religion, it is in fact the Christians who are doing it themselves." 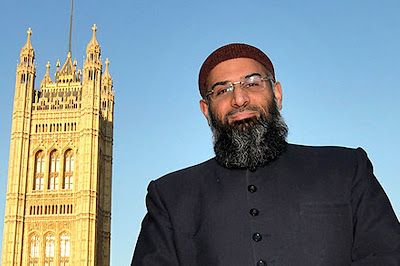 "We've been having a good press lately," said the radical Muslim. "Our ISIS chaps have been torturing women and children, burning people alive, feeding them to wild animals, etc. These are Western ideas - your chap Hitler wouldn't have found them at all horrifying. Now I understand that Owen Smith - the man who will lead the Labour Party if Jeremy Corbyn doesn't - thinks he can solve all our problems by inviting us to sit round a table with him. There was even talk of beer and bacon sandwiches, like the politicians used to offer to trade unionists in the 1970s. I can't see that working: indeed if Owen Smith drops round we shall probably EAT him."

In the end, all four of these guys died and went to Heaven. The ways of God are strange indeed.