Eamon Duffy and the Sovietization of Catholicism

Prof. Eamon Duffy with his biography of Tina Beattie.

The Catholic church was in a state of shock this week, after the distinguished theologian Eamon Duffy waded into the "Justice for Tina" affair with all guns blazing. Duffy expressed his concerns in the wake of a telegram that Tina Beattie had received from San Diego, which said simply, "No Catholic freebies for you, you heretic!"

San Diego - but Tina's not going for a dip!

Duffy - never one to exaggerate - complained of the increased "Sovietization of Catholic intellectual life." We found a startling history of incidents in which Catholic dissidents had been treated as un-persons. 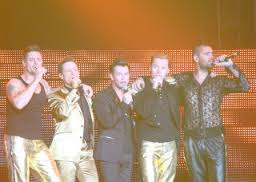 A photo of Boyzone. Keith Duffy is there, but Eamon has been airbrushed out!

Duffy himself is a tragic victim of the Stalinist policies of the Vatican, having been written out of all the major events of Catholic history, in which he played such an important part. "In particular, Pope Benedict omitted me from his Radio Programme Ten Theologians who shook the world, claiming that Martin Luther was more influential than I am," he complained.

The Last Supper - but why has Eamon Duffy been painted out?

Tina Beattie herself has maintained a dignified silence over the affair, limiting herself to a posting on her blog in which she says:

(For another 47 verses of this song, complete with a two-hundred paragraph article entitled "Why I am keeping a dignified silence," see justice-for-tina.blogspot.com.)

Tina Beattie has accused the Catholic blogosphere of mocking her. This seems unlikely, but she may have been referring to Fr Herman Nootic's "If your career's going down the drain, call a Catholic plumber," and Father Xylophone's "San Diego - a great place for coffee with Catholic theologians in good standing." She also refers to a "scurrilous lying blog by a person who claims to be saved, but who posts photographs with totally inappropriate captions." So far we have not managed to decide which blog she means.

An unidentified professor of Catholic theology attacks the Pope at Midnight Mass.