The new James Bond film, Stonefall, has been praised in enthusiastic terms by the Vatican: indeed, it is believed that the Pope has already watched it three times.

The film features agent Keith O'Brien - also known as O.O.Brien - who is sent on a dangerous mission by his boss, codenamed "B," who replaced the previous head, "J.P.," about seven years ago. 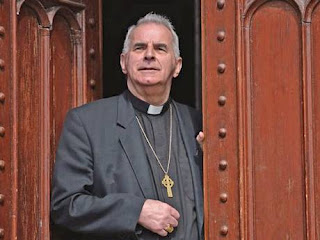 Before starting his mission, O.O.Brien goes to see the eccentric Cardinal Q, who provides him with a Biretta 418, a bullet-proof cope, and a supply of truth drug for extracting Confessions. He also equips him with a large crozier, which can be used as a sword-stick. 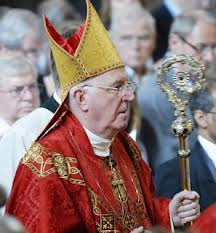 Q demonstrates the use of the sword-stick.

O.O.Brien is sent to confront the sinister Stonefall, an organization which aims to break up society from within by destroying the institution of marriage. The mysterious Rosa Klegg is allied with them, having already infiltrated the British Government, and following her lead they refer to all their enemies as "By-Gods." O.O.Brien is soon Enemy Number One as far as Stonefall is concerned. 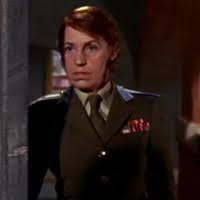 One twist in the plot is that Giles "The Vicar" Fraser, first thought to be working for the allied organization COE, turns out to be on the side of Stonefall, and against the By-Gods.

Well, in the end O.O.Brien lives to fight another day, but his adventures are not over, as it then turns out that another evil organization called T.A.B.L.E.T. is directly threatening "B" himself. 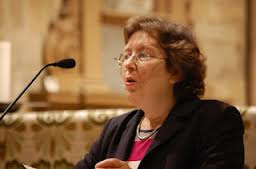 "B," change your teaching on abortion, divorce, and same-sex marriage or T.A.B.L.E.T. will destroy your missal-guidance systems. Oh, and has anyone seen my white cat?

Warning: not suitable for children under the age of 16.