I want to thank you all for your contributions to St Daryl's mission to Aspatria, which, we are told, is one of the poorest countries in the world. Thanks to your generosity, we have been able to send them a brand new state-of-the-art wheelie bin, so that they may benefit from the rubbish-disposal facilities that we all take for granted in the developed world. The bin (nicknamed "Arthur" by the grateful Aspatrians) is featured on this year's St Daryl's Christmas card. 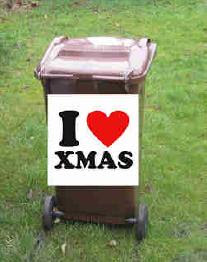 In return, the Aspatrians, who are very pious Catholics, have sent us a sack of delicious sheeps' eyes as a goodwill present. Help yourselves after the Mass!

We regret that Mr and Mrs Delingpole, formerly regular communicants at St Daryl's, have been excommunicated, and will not be allowed in church again. In my absence last Saturday I delegated the hearing of Confessions to Mrs Thacker, my cleaning lady (and perhaps our future bishop - who knows?) and she discovered that the Delingpole family had admitted to finding a UKIP leaflet "quite interesting, really." Naturally, we notified the police, social services and the drugs squad, but we felt we should set an example too, and so I have provisionally excommunicated the entire Delingpole family, including their late grandmother Doris, whose gravestone has been removed from the cemetery as a precautionary measure. 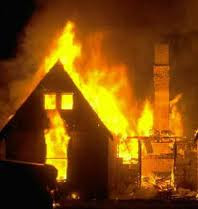 The Delingpole family home, after a visit from social services.

Today is the Feast of Christ the King. Now what do we think of when we hear the word "King?" A 2-metre statue? No, I said "King," not "Küng," Eamon. Let me help you, we think of someone important, perhaps 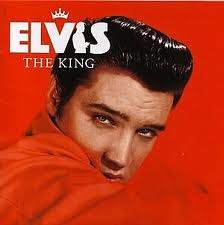 Aye, every inch a king!

No, Tina, you still haven't quite got the idea. We are more likely to be thinking of someone who sits on a throne. Perhaps someone like this:

"I do think Boris might have let me sit on his throne. And he's late again."

So when we come into church we should show respect to Christ the King. Cries of "Yo! God!" are helpful (indeed, that's the chorus of a hymn we'll be singing later), but you could also give a little friendly wave in the general direction of the sanctuary. We aren't supposed to genuflect since the days of Vatican II!

Now I want us all to join in this traditional ethnic hymn to Christ the King: 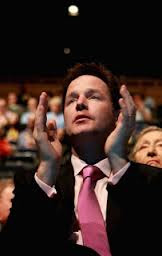 Clap your hand cos we gotta King! 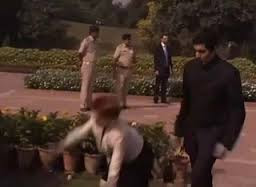 Roll on the floor cos we gotta King!

Right, now if you'd like to pick yourselves up off the floor, we'll recite the Creed - or at least the bits we take seriously.