Pope admits he is envious of Hans Küng

After the astonishing claim by Professor Hans Küng that the Pope envies him because of the books he has written, we felt it only reasonable to allow the Pope the right of reply. The results were startling.

Hans Küng, with some of the books he has written.

"Yes, I admit it," said the Pope sadly. "I am envious of Professor Küng in many ways. For example, when I write a book, I have to make sure that what it says is consistent with traditional Catholic teaching, and ultimately the words of Jesus Christ and his disciples. Indeed, I expect some sort of inspiration and guidance from the Holy Spirit. Young Hans is under no such constraints, and is allowed to put down the first bit of Koddsvollop that comes into his head, no matter how ludicrous. And he usually does."

The Pope went on to say that he understood that Küng's writings were very popular, although he hadn't got round to reading the latest best-selling book "The Return of the Küng," in which Arrogant is crowned Küng of Gonmad, in spite of having some very bad hobbits. "It is true that even my own bishops don't seem to be reading my encyclicals, so I do despair sometimes," Pope Benedict added. 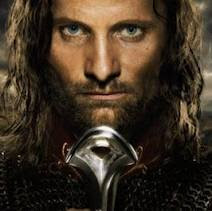 "I also envy Hans that two-metre high statue of himself, which he keeps in his garden and worships every day," continued the Holy Father. "For subtle theological reasons, which Hans would not understand, I am not allowed to do the same, and have to content myself with worshipping Jesus, and venerating Mary and the other saints."

We raised the subject of infallibility with the Pope. "Yes, I envy Hans his infallibility," agreed Pope Benedict. "I am only allowed to make infallible statements under very strictly controlled conditions, to do with defining doctrine about faith or morals. Hans, on the other hand, wears a tee-shirt saying 'TRUST ME, I'M INFALLIBLE,' and there doesn't seem to be much we can do to disillusion the poor chap."

Hans Küng discusses the faith with his many disciples.

So, in brief, it seems that Hans Küng was right, the Pope is slightly envious of him in many ways. But great religious thinkers such as Judas Iscariot, Arius and Küng often inspire jealousy in their less-successful rivals, so this is only to be expected.