The Christian world was reeling this week, with the publication of Pope Benedict XVI's new book Jesus of Nazareth - things you never knew, which attempts to get to the heart of the Christmas story. 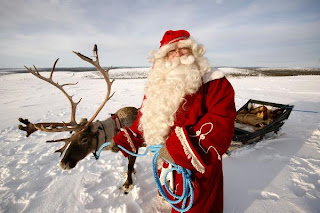 Father Christmas did not fly to Bethlehem in a reindeer-drawn sleigh (the Pope reveals).

The traditional Thought for the Day gospel narrative - which asserts that Father Christmas flew to Bethlehem in a sleigh drawn by reindeer, climbed down the chimney of the stable in which Jesus was lying, and gave Him gifts of gold, frankincense, myrrh, a teddy bear, and a train set - is revealed to be in error.

It is also explained that Jesus was not born on 25th December 0 A.D. (or 0 B.C., to add to the confusion), because the year 0 never existed, and anyway Jesus was a Leo and not a Capricorn - a fact known to professors of astrology for many years, and explained in the books of C.S. Lewis. However, a fragment of the Gospel of Isaiah, beginning: "Leo: I've already explained the main points, but beware a tall dark stranger called Judas" is believed to be a forgery. 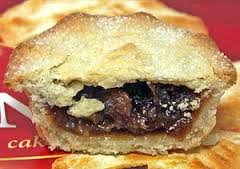 Mince pies - not the Messiah's favourite food after all?

Another shocking revelation from Pope Benedict is that Jesus was not particularly fond of mince pies, and, as a new-born baby, he was not eating solid food anyway. Moreover, kosher mince pies would have sold out in the Bethlehem shops by Christmas, and the supermarkets would have already been stocking Easter eggs - a custom persisting to this day, in fact.

The tradition of slumping in front of the television at Christmas to watch the 200th re-run of an old film is also claimed to be non-Biblical. The Holy Family did in fact possess a television set (donated by the wise men who came from the East), but the reception in Bethlehem was very poor, and the Holy Family were too busy entertaining visiting angels, shepherds, wise men, and drunks who had come to the wrong door of the inn, to watch television. 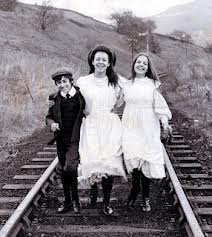 The Railway Children - perhaps Joseph video-recorded this film for later?

Finally, Pope Benedict claims that, contrary to tradition, there were no oxen, donkeys, possums, llamas, gorillas or hippopotamuses present at Jesus's birth. "Some scholars think that Joseph may have had a pet hamster called Justin," he writes, "but even this was disputed by St Augustine." 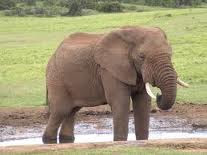 No room for Nellie at the inn.

Critical reaction to Pope Benedict's book from outside the Catholic Church has been fairly predictable. Professor Richard Dawkins commented "I haven't read it, but it's vile. So's the Pope. So are all Catholics. Aaaaggggh!" and "Father" Giles Fraser said "This book would make me ashamed to be a Christian, if I were one."