As World Youth Day 2013 gets under way in Rio, the main news item that has emerged so far is that Pope Francis is there, and has got stuck in a traffic jam. 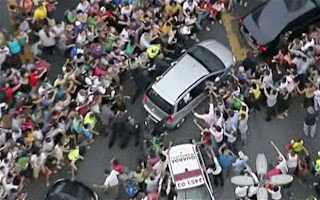 One of the explanations for this problem is that the Pope omitted to bring his Swiss Guards with him - the Swiss Guard Army Knife has a device for extracting Popes from traffic jams. Another relevant fact is that the Pope was alleged to be a victim of "road rage" after cutting up a Nissan Toynbee driven by Richard Dawkins, who was en route to a rival event known as "World Oldie Day". 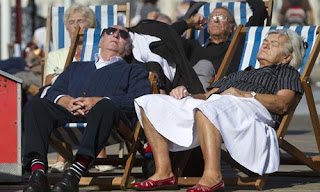 Pious atheists listen in rapt attention to a speech from Richard Dawkins at WOD.

After the "road rage" incident, the Holy Father continued his journey by bus; Richard Dawkins wished to match him on this, but was told "There's probably no bus - now stop worrying and enjoy your life." 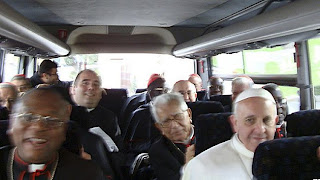 Luckily I brought my bus pass with me!

Meanwhile, a scandal is brewing in Rome after a bank-clerk, Mgr Battista Ricca, was allegedly stuck in a lift. Resignations are expected, mainly amongst the engineers who service the Vatican lifts. There are also rumours of a sex scandal here, and the unfortunately-named Cardinal Sodano will no doubt wish to reassure himself that there is no truth in it. 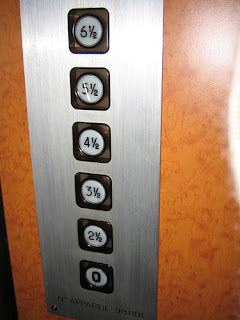 There's something not quite right about this elevator.

Meanwhile hysterical Vatican-watchers are hurriedly copying-and-pasting messages from unnamed priests into their blogs. So we can tell that the situation is serious.