From the blog of Father Z, author of "I'm a St Mark's Man" and "Cannon Law Made Simple".

Say the black, do the red, and eat the orange.

Should homosexuals be allowed to commit murders, when such conduct is forbidden to heterosexuals? Sometimes their crimes don't get any publicity, do they? Try Googling "Jack the Ripper", a notorious heterosexual murderer, and you´ll find there are millions of hits. But try Googling "Htarfogh Jukjlpop", a "gay" murderer from Latvia, and you'll find hardly any mention of his crimes!

At the end of Mass last Sunday, I heard two of the congregation - probably homosexual - talking. "Fancy a takeaway?" said one. "I could murder a Chinese or an Indian," said the other. "Or how about something Italian? A pastor maybe?" [This bit goes in black bold square brackets because it's where I needed a lie down.] Everyone talks about Custer's last stand against the Native American Indians, but do they mention gay Catholics attacking pastors? [Now would be a good time to scratch your ear if you feel like it - remember, say the black and do the red!] 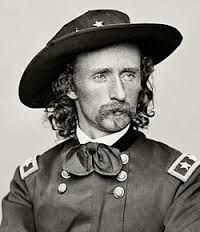 General Custer - persecuted for not being "gay".

Remember St Paul's letter to the Roman Catholics? "It has come to my attention that some of my brethren have been indulging in unnatural sexual practices and sometimes murder. Be sure that the Lord doth not approve. By the way I am sending you a parcel of Mystic Monk coffee, as an aid to digestion and virtue."

From the blog of Damian Thompson, once described as a "custard-crazed ferret". 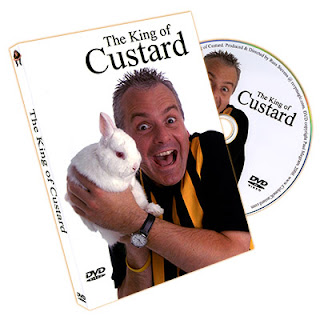 Father Z's blog shows the most disgusting nasty vile disgraceful homophobia that I have seen since Brother Eccles mocked the late Soho Masses on his own blog. May I point out that on the Telegraph blogs we have 200 gay bloggers, and I do not know of any who are murderers! Also, I think you'll find that it was General Custard, and not Custer, who was such an enemy of the Indians.

A close personal contact in Rome, Signora Odone, who cleans the papal washrooms, has kept her ear to the ground, and she assures me that Catholic teaching on the rights of homosexuals to commit murder is sure to evolve.

Father Z's ranting reminds me of the worst excesses of Adolf Hitler. Which is a cue for an amusing story: when Hitler heard of the defeat at Stalingrad, he went mad and started biting the carpet. But, his staff told us, "He always made sure that he had plenty of custard on it!"

Eccles is getting at me again, I see, from the references to Hitler, above. Call me the Deacon from Hell, mock me all you want, but spare my family, and above all spare my pet goldfish, Adolf. Adolf, a goldfish in good standing.

After a campaign of stalking and harassment some brilliant detective work, I am finally ready to reveal the true identity of Eccles! It is a town somewhere to the south-west of Manchester. And he thought he could keep this a secret!