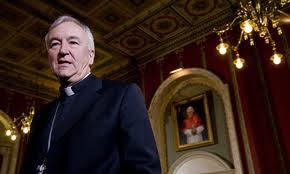 In a sudden change of direction, Archbishops Vincent Nichols and Peter Smith, previously regarded as lovable fluffy bunnies who wouldn't say "Boo!" to a goose, have turned on David Cameron and told him in no uncertain terms where to stick his proposals for same-sex marriage. 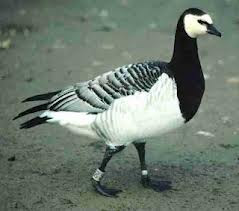 A goose, one of many in fear of an archiepiscopal booing.

It is believed that the terrible two, "Dirty Vinny" and "Rambo Pete" have been watching their opposite numbers in Scotland, and decided to emulate them. The trigger was perhaps the carefully-written statement from "Big Joe" Devine, the "Mr Big" of Motherwell, which said, "Watch yer step, Cameron, ur I'll be givin' ye a Glasgae kiss, Jimmy, d'ye ken?" 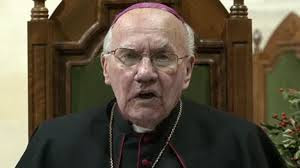 It has also been speculated that the sudden vehemence shown by the London archbishops is partly due to a change of diet. Instead of their traditional London fare of jellied eels, or pie and mash, the two bishops have been seen partaking of a nourishing meal of haggis O'Brien with neeps Tartaglia, washed down with Glen Toal whisky. 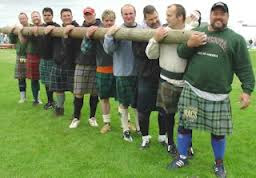 Other Catholic Bishops are preparing to enter the debate. 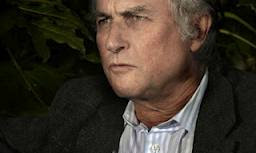 What's happened to all my worshippers?