In a last-ditch attempt to make the Conservative party more "liberal," "inclusive," "modern," and "popular," David Cameron announced today that the Coalition was planning to implement an old policy, first suggested in 1729 by Fr Jonathan Swift, whereby it would become legal to eat children. 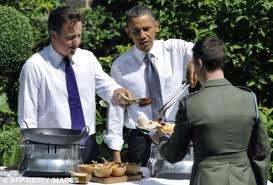 "Of course we shall engage in a full consultation," explained the Prime Minister, "before ignoring its results and going ahead with this policy. In an age of equality and diversity, we feel that the cannibal community should be granted full dietary rights."

Already condemnation has come in from the more traditionalist church leaders, who claim that the new legislation would offend what they quaintly call their "moral principles." This has not gone down well with liberal organizations, such as the cannibal rights organization Bonemaul, which recently awarded its "Bigot of the year" award to Archbishop Keith O'Brien.

Other church leaders were quick - well, slow, actually - to follow suit, and eventually even Vincent Nichols was forced to take notice. The Westminster diocese has long had a tradition of holding special masses for cannibals, and it is thought that the Nuncio is unhappy with this.

Learning that churches would be forbidden from serving meat sourced from homo sapiens, we are awaiting a statement from Giles Fraser, the socialist who appears on Thought for the Day whenever the BBC needs someone to discredit Christianity; it is hoped by many that he will be prepared to go to prison on the issue of equal rights for cannibals. 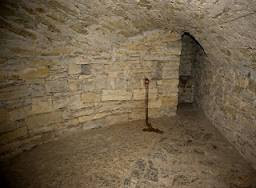 Could this be Giles Fraser's next parish?

Meanwhile, the Conservative party has not received the boost in popularity that it expected when it announced its plans for cannibalism. David Cameron himself has long been a champion of "family values" and he is said to be very surprised that this new legislation should be regarded as an attack on the integrity of the family. 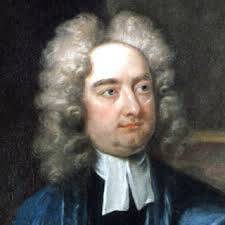