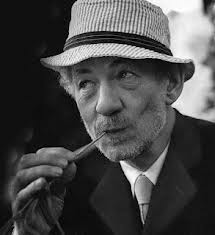 Ian McKellen - a politically, correct Doctor for the 21st century (with silly hat).

A new series of the children's programme Dr Who has just been announced. In recent years, the show has been known for telling kids as young as six years old about homosexual time-travellers and lesbian lizards, and now it has been decided to take this further in a series of exciting adventures in which the Doctor takes on the forces of Christianity galaxy-wide. 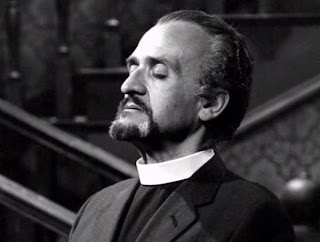 Fr Magister - the Doctor has a long history of fighting clericalism.

In next week's story, Dr Who and the Cyberbride, the Doctor arrives on the planet Mondas, where he falls in love with a handsome Cyberman. The two of them approach the Bishop of Mondas, requesting that he tie the knot for them, but owing to the nasty bigoted social conditions pertaining there, the Bishop is forced to refuse. The Cyberman had set its heart on a Church wedding, and so the Doctor is forced to part from his lover and continue his lonely voyage through Time and Space. 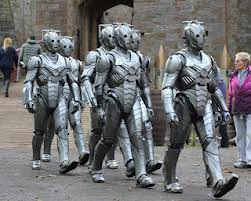 Get me to the church on time! Cyberbride, with bridesmaids

Later in the series, we see the Doctor arrive in 21st Century London. In a story entitled Trouble with Archbishops, he meets a crazed dictator called Dave, who is attempting to change history, although opposed by a group of religious maniacs. Confusion is caused by the intervention of a gang of comedy Bishops - the Archbishop of Greater London, The Archbishop of London, the Archimandrite of the Metropolitan Line, the Metropolitan of the Archimandrite Line, the Patriarch of the North and South Circulars, the High Priestess of Hyde Park, and the Bishop of London - each of whom claims to be a valid minister. 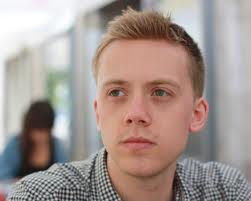 The Doctor's new assistant, Owen (aged 10), even more irritating than the late Adric.

Finally, the Daleks are brought back, yet again, in an adventure Wedding of the Daleks. Davros, their creator, has finally realized that Daleks will be able to breed on their own if he makes female ones as well as male ones. He teaches them a new catch-phrase, CO-PU-LATE, CO-PU-LATE , and insists that from now on all Dalek romances are to be heterosexual. This is where the Doctor turns up, and with a stirring cry of "Gay rights for Daleks!" takes on the forces of bigotry, reaction, etc.

Mummy, is Giles Fraser still on?