Is it wrong to use an iPad in church? When I took it out to catch up on the cricket score during the sermon, someone behind me tutted loudly. 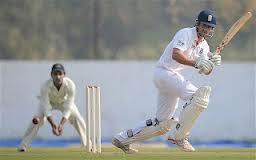 He striketh them as wicked men in the open sight of others. Job 34:26.

Nowadays it is considered permissible to use an iPad to read the scriptures or the liturgy, provided that you don't annoy your neighbours with bright lights, etc. (Try not to use a Tablet, as it isn't considered to be very Catholic.) We understand that the sermon you missed was a fascinating meditation on the sixteen sacred documents of Vatican II, together with a recently-discovered 17th document Decree concerning the sacred pastoral dogmatic constitution on the apostolate of the renewal of priestly mission through the divine ministry of the ecumenical activity of social communication with the laity. It beats anything you'll find in the Bible, you must agree. 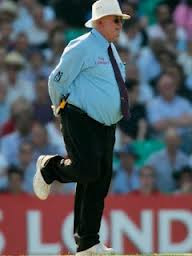 That aside, lifting one leg up into the air when the score reaches 111 (Nelson) is a mere cricketers' superstition, and you should have known better than to do it when the priest said "Lift up your hearts."

I asked Father Christmas for an iPad, but instead he brought me three French hens, two turtle doves and a partridge in a pear tree. Are any of these permissible accessories in church? 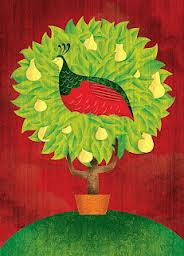 The iPart in a pear tree.

Well, not really, although they might supplement the choir, which is having some trouble with that latest Paul Inwood chant, "Alleluia, cluck, cluck!" However, we do try to discourage worshippers from bringing their presents along to Mass. Our own deacon managed to disgrace himself this week, taking out his new electric razor for a quick shave during a moment when we were supposed to be praying silently. "Jeshush shaves," he said, and then fell over. I think he's been overworking.

When the priest said "Let us offer each other the sign of peace," my neighbour pinched me on the bottom. Is this what they mean by "some other appropriate gesture?"

Well, it's very much the done thing in Italy and Spain, and indeed, you might be offended if they didn't offer you such a courtesy. However, the further north you go, the less acceptable such gestures become. In Brighton, they kiss each other and go "Mwah! Darling!" In Croydon, they rub noses. 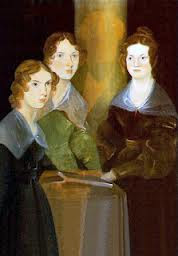 The Brontë sisters - too far north for inappropriate gestures.

But by the time you get to northern wastelands such as Lancashire and Yorkshire, folding the arms and saying "Aye, lass!" is considered to be the limit to which intimacy can go.