In recognition of the fact that James Delingpole's little brother has followed him into the glamorous world of Telegraph blogging, we are pleased to announce that Damian Thompson's nephew William will be writing today's guest post for us.

Hello, I'm William Thompson (age 11), and my uncle Damian is jolly pleased that you're letting me write on this blog. At first I was a bit jealous when I heard that my great friend Ginger Delingpole was going to be blogging on the Telegraph. I know I am better than him at Latin and RE, but he knows a lot about wind farms, and especially how to blow them up with things from the school science labs!

My chum Ginger Delingpole (age 11) with some of the girls in our school.

Like my friend Ginger, I am very keen on war games. At weekend my gang and I dress up in medieval costume, and we re-enact the historic religious controversies of the past. At first it was a bit dull, as we were recreating the Synod of Whitby, when St Hilda was forced to accept the Roman date for Easter rather than the Ionan date. What a yawn! 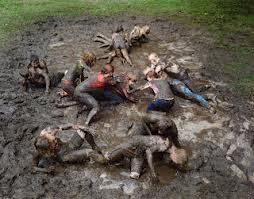 Later on, we got onto the religious disputes of the middle ages, and I had a super time making torture implements out of the garden tools in Uncle Damian's shed. However, Mummy told me off when I set fire to little Violet Elizabeth Odone, as part of our "Joan of Arc" re-enactment. 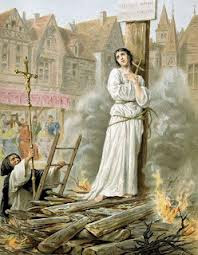 Like Uncle Damian I am very interested in what the Catholic church is doing. I tried to go with him to Westminster Cathedral to see the Pope, but Uncle Damian confiscated the catapult I was going to use to fire pebbles at Cardinal Cormac. I don't know whether he used it himself! 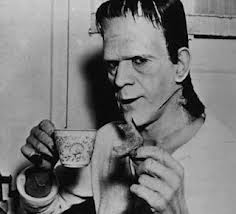 In my next blog I will go into the differences between Novus Ordo Masses and Extraordinary Form. This is something that I know a lot about, because we spent last weekend re-enacting Vatican II. In fact, I was sent to bed early for putting a worm down the back of Hubert Lane (who was playing the part of Basil Loftus). 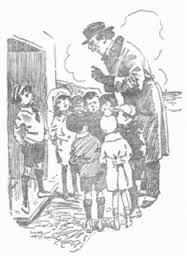 I'm sorry, Father, but my Uncle Damian says that Ad orientem is best.