January. Paul Inwood complains of the repetitiveness of so many traditional Christmas carols, objecting that he was asked to sing "Oh come let us adore him" three times in each verse of Oh come all ye faithful.

February. The Editor of the National Catholic Reporter resigns in disgrace, and the position is offered to Fr John Zuhlsdorf. However, Fr Z declines, as he has just been appointed Bishop of the Blogosphere. 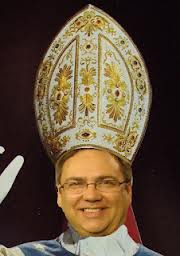 March. Justin Welby is enthroned as the new Archbishop of Canterbury. In a moving sermon he pays tribute to the National Health Service, to his predecessor (Baron Waffles of Mumbles) and to his trade union, the National Union of BIshops and LEaders (NUBILE). As an afterthought he mentions God.

April. Tina Beattie holds a grand birthday party, and invites the Pope, Bishop Declan Lang, President Mary Lyons of San Diego, Charles Moore, and James MacMillan. They all accept with enthusiasm. Two days before the party is due to take place, Prof. Beattie cancels all the invitations, saying "fooled you!"

May. The Tablet conducts another survey, asking readers which of the "eight commandments" they think is most relevant to the present day. After it is tactfully pointed out that the canonical number of commandments is ten, Catherine Pepinster withdraws the survey, replacing it with one in which she asks people "How many of the six persons of the Trinity can you name?" 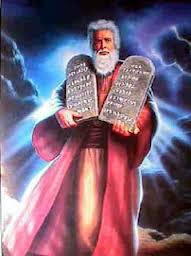 June. Giles Fraser fulfils his heart's desire on being sent to prison for conducting a marriage ceremony involving three men and an elephant.

July. World Youth Day, Rio de Janeiro. The Pope is involved in an embarrassing situation, when the security guards refuse to admit him, saying that he "looks at least 30." Luckily, he gets in using a Vatican Young Person's Rail Card.

August. It is revealed that Mrs Gladys Mills was a pious Catholic and the grandmother of Damian Thompson. In his new biography Granny Gladys, Damian reveals how he used to go round to her house for cupcakes and a recital of Rachmaninov's latest hits.

September. Richard Dawkins abandons work on his latest theological treatise, 101 ways to kill a Catholic, and comments, "You know, maybe they have a point after all."

October. The Church of England holds another synod. David Cameron posts armed guards outside the doors, and says that nobody will be allowed to leave until they have voted to ordain women bishops. He later denies trying to interfere with the religious freedom of the Church of England. 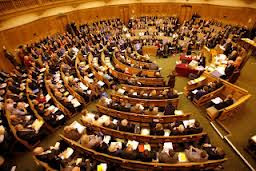 Did anyone bring some sandwiches?

November. The Year of Faith comes to an end. Liberal Catholics say they found the whole idea too controversial, and propose a Year of Doubt instead.

December. The second film in the Hobbit trilogy (based on books by that woeful traddy Catholic J.R.R. Tolkien) is released. In a surprise move, it is revealed that Stephen Fry is now taking the part of Smug the great Drag.