In mythological writings, one encounters many fantastic and improbable creatures. Here are two really strange ones that we came across recently. 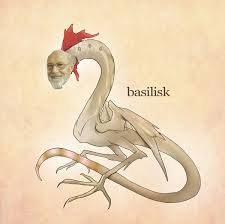 The basilisk is a terrifying monster indeed, known for screaming unearthly threats in an attempt to petrify its enemies. It tends to occupy a little-known place called Catholica Tempora, where it leaves behind strange markings which many people find disgusting. This eccentric creature makes an interminable croaking sound, something like "va-ti-can-too va-ti-can-too". It runs away screaming if it hears Latin being spoken. People who speak the language of the basilisk claim that virtually everything it says is nonsense. 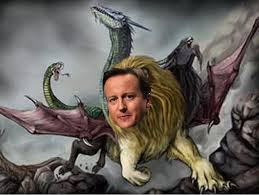 One of the most repulsive creatures known to haunt Westminster is the chimera: an abomination that is part-man, part-goat and part-snake. An animal known for its love of deceit, it is rightly called "three-faced". These monsters like to reproduce by a same-sex bonding which they quaintly call "marriage". The creature is considered by many religions to be an obscene parody of God's creation. Sometimes the chimera simply acts the goat, but often the snake part is in control, and the animal is then at its most deadly. 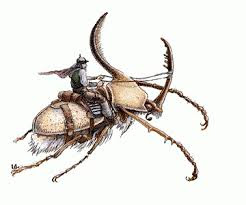 Unfortunately, we have no space for the Giant Boring "Tina" Beetle, the Holy Smoke Elemental, or the Catherine Piranha (or Tabletista). Some other time, perhaps.