There was excellent news in Northern Ireland this week, when Barack Obama, a retired lawyer now holding an administrative job in Washington, announced the solution to the Irish question, which has evaded the greatest minds for over 200 years (or 500 years, by some accounts). 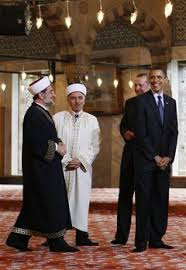 Now, are you guys Protestant Muslims or Catholic Muslims?

Said the sage of Honolulu: If Catholics have their schools and buildings, and Protestants have theirs ... that encourages division. 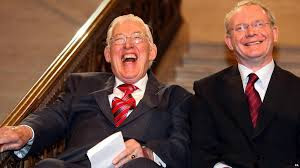 Lord Bannside and Martin McGuinness agree on something - that Obama is a complete fool.

Thus, in brief, the Obama plan for peace is as follows: 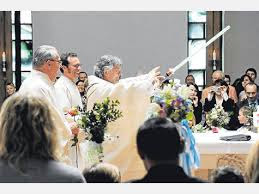 Obama later clarified his position: "Religion is fine by me, really, provided that you don't let it affect your behaviour. Model your conduct on that of my great friends Joe Biden and Nancy Pelosi - they're pious, devout and humble Catholics, but also powerful voices against religion!" 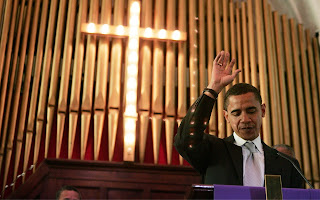 "And you can take that cross down, for a start!"

Having solved the Irish question, Obama is moving onto the Middle East, where his simple recipe for peace will be: Why not just combine Islam and Judaism into one faith, and call it Judlam? Or better still, join the Catestants and Protholics and make one big religion called Obaminanity?

Finally, Obama faces his biggest challenge of all, to bring reconciliation between God and the Devil. 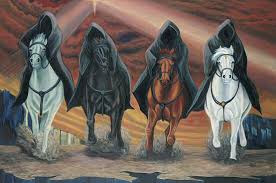 The Apocalypse. Could it be averted if God and Satan agree to worship Obama?