A guide to the Novus Ordo 1

This should really be written in Latin, so that as many people as possible will understand it, but since my blog is mostly in English, I shall use that.

Most of you will be used to a traditional Latin Mass (some, indeed, swear by the Sarum Rite and find the Tridentine chaps a little too modern), so the idea is to let you know what to expect if you stumble into a NO Mass by mistake. 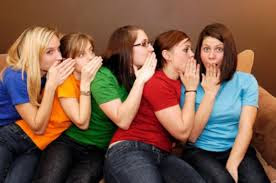 Men do it too... prepare for the Mass by catching up on your gossip.

Now, when you go into church for an EF Mass, you expect the congregation to be praying reverently, in total silence. For a NO Mass, the liturgy says that you should gossip with your neighbour until the priest arrives (which is sometimes as part of an impressive procession, involving deacons, altar servers, liturgical dancers, late-comers, people wanting their farm animals blessed, and so forth). 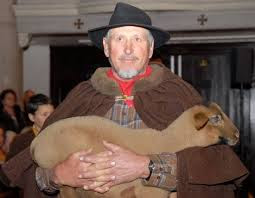 Sorry, Father, I couldn't get a babysitter.

Now, what should you gossip about? The Missal is somewhat vague on this point, but here are some good opening lines: 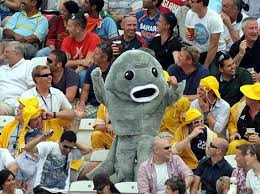 Excitement mounts as the priest leaves the vestry.

Well, in the NO it is quite usual to start with a hymn. Nothing written before 1965 is acceptable, but Shine, shine in the Light, or I the Lord of Kum Bah will do nicely. Then the singing stops, the altar-servers pick their noses (boys) or do their make-up (girls), and the priest is ready to speak!

Oh yes, I forgot to mention that the Mass will be in the local tongue of the people (in this case, Basque). If you are lucky, the Missal will contain a parallel translation into Latin, but don't count on it. 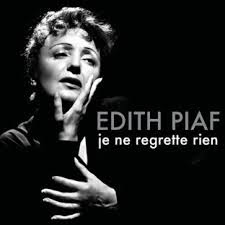 Je ne regrette rien - the French version of the Act of Penitence.

Well, in the second instalment, we'll explain how to get through the bit that many people avoid by coming in late - the bit where we admit that we might possibly have sinned. Not seriously, of course. No worse than that horrible woman two rows in front. But a little bit. Maybe.