May a priest use the word "r*mshaw"?

The whole internet was up in arms today after Justin Welby, the Archbishop of Canterbury, referred to a fellow Anglican priest as a "r*mshaw" on Twitter.

A man engaged in r*mshawism.

The word r*mshaw is believed to be Anglo-Saxon in origin - like most of the best obscenities - and refers to certain practices which cannot be mentioned on a blog such as this one. Archbishop Welby was today said to be regretting that he had lost his temper and used such a word in public. Apparently, he was deeply provoked by some nonentity of a junior priest who had taken it upon himself to go against orthodox Christian teaching on marriage. 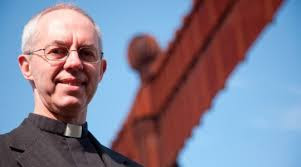 Justin Welby usually has the angels on his side.

The word "r*mshaw" is often heard on football terraces, in pubs, Bilderberg group meetings, and in other places where people are not constrained by good manners, but it is believed to be the first time that it has been uttered in public by an archbishop. The only precedent that springs to mind is when Rowan Williams lost his temper and called someone a G*les Fr*ser. 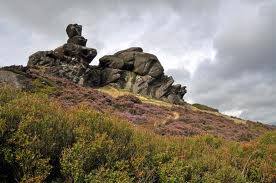 R*mshaw Rocks, a name which always cause schoolboys to snigger.

In the Catholic Church, such bad language is rarer, although Pope Francis himself is alleged to have said "Madre de Dios, este hombre es un Cormacmurphyoconnor" - a Spanish expression that we cannot translate.