In Ireland it has been reported that little Enda Kenny, 62, has been taken into care, after it was discovered that he had no features in common with the Roman community who had been bringing him up. 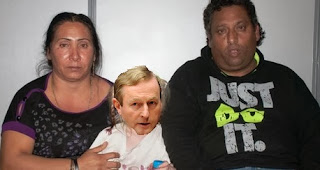 Little Enda with his alleged parents.

Said a police spokesman, "We did a full DNA test on Enda, and failed to find any of the usual moral principles that we associate with the Roman community - for example, he had a strange fascination for abortion, which you would not expect to see in such people. Moreover, his whole anatomy is unusual, as he has no moral fibre and no backbone." 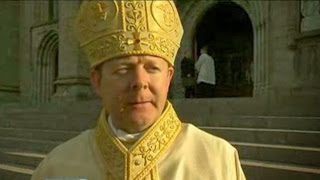 Eamon Martin, the man whom the Roman community calls "the big cheese", has said that he had noticed that little Enda was rather different from the rest of his people. However, he had decided not to expel him, hoping that the boy might blend in unnoticed. Unfortunately, it was not hard to see that he stuck out like a sore thumb. 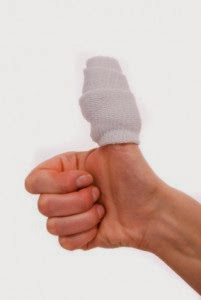 A sore thumb, similar to that like which little Enda stuck out.

The police are making enquiries in other countries, and it seems likely that a large number of similar cases will be brought to light. In Britain for example, Operation Tablet has been launched, which is likely to net a huge number of misplaced Romans. "These people need to be taken into care," said Inspector Welby ("Flying Welby of the Yard"),"and I think they will be happier with us."

Flying Welby of the Yard.