Welcome back, class. I hope you are enjoying the Eccles Bible Project, as we work our way through the Bible, explaining it to beginners. Now today's book of the Bible contains more Jewish history, and duplicates a lot of what we've seen already, so last week I set you all some homework - read 2 Chronicles and write an essay on it. 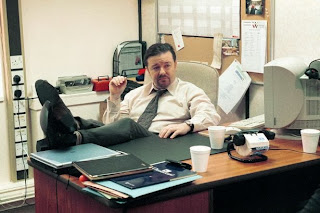 Gervais! Put your feet down. And where's your essay, boy?

Ah, Dawkins, our star pupil. What's your essay about? Why Solomon wasn't as wise or as rich as what I am. Yes, that's just about on-topic. In 2 Chronicles we do get nine chapters about Solomon, building a temple, running a fleet of chariots bearing the message "THERE'S DEFINITELY A GOD. NOW STOP WORRYING - UNLESS YOU'RE AN ATHEIST," and getting rich from the royalties on his father's psalms. But your essay seems to be mostly about you, and why you should be King too. Could do better, lad. 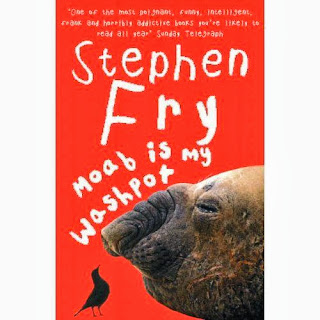 Not really a useful guide to the 10th century BC.

Now, Fry, I know you once wrote a book called Moab is my washpot, which is a line taken from the psalms. However, when I read it, it seemed to be all about you rather than any of the people we're looking at today. So what is your essay entitled? Rehoboam or Jeroboam - which had the cutest boam? I've got a nasty feeling about this one. Let's move on.

Hari? You have an exclusive interview with King Asa of Judah, in which he tells you that he did that which was good and right in the eyes of the Lord his God? Splendid. We'll read that later. 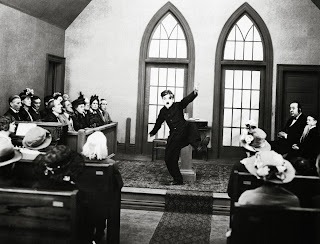 The chaplin demonstrates a liturgical dance.

Oh yes, Marvin the paranoid deacon. You were sent here on a refresher course, I gather. Do stop spitting at your neighbours. So you've written something for us, explaining how the entire Bible was written by a sockpuppet of Eccles? And you have invented some characters in the style of your favourite newspaper, Viz? That's like the Tablet but a little more Catholic, right? Brilliant idea! Let's see what's on offer.

King Silly Man the not-so-wise. Who is it based on? A boy at school who borrowed your pencil 35 years ago and forgot to give it back? Crumbs, that's biting satire, well done. He'll be seeking counselling, I'm sure.

J. Whosa Fatty, the overweight king of Judah. Ha ha ha, brilliantly witty. Yes, it's true that a certain priest is a little overweight; I'm sure he'll recognise himself there. Yes, I know, isn't it terrible how priests look down on deacons? Well, on some deacons. Well, on you.

Neighbourhood-nurser and Baby Lon. Oh, you're killing me. A woman with a baby, whom you hate intensely because she has got more friends than you? That'll teach her to humiliate you! 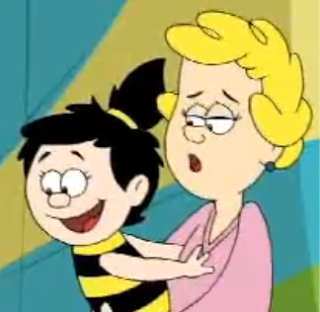 Well, we'd better stop there. Next time we'll look at the book of Ezra, which may be a bit more spiritually nourishing.