The crimes of the Tradiban

It's time to show up the less liberal wing of the Catholic church for what it is - a branch of the Taliban. 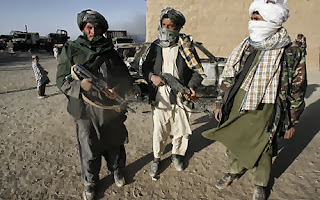 Traditionalists Catholics on their way to Mass. That's probably Eccles on the right.

Let us compare the crimes of the Taliban and the Tradiban, and you will see that they are almost identical.

Forced deportation. I attended a Vetus Ordo Mass last week, and the Spirit moved me to a bit of impromptu liturgical dancing. "Yeah, yeah, yeah, twist and shout!" I sang, while the priest was doing something at the altar - I couldn't see what, as he had his back to me and was rudely talking in Latin. All I knew was that he was ignoring my 1960s "Spirit of Vatican II" rock. But what happened? A couple of Tradiban women grabbed me and bundled me into the street. That's the sort of thing they do.

Torture. I force myself to read the New Testament, the Catholic Herald, the Hermeneutic of Continuity blog, and even the Protect the Pope blog. What do I find? Orthodox Catholic doctrine, without a mention of the people's uprising that is to come. This is cruel and unusual punishment. Still, I feel it's my duty to read these reactionary works, and complain about them.

The Tradiban even described the Tablet as corrosive!

Persecution of women. The Tradiban refuses to entertain the thought that next year women will be ordained as priests by the Catholic Church. According to the Tablet, it is inevitable, now that the people's revolution has overthrown Pope Benedict! They prefer to subjugate us, and make sexist remarks to us like "Nice hat you're wearing!" and "Ooh, what a lovely baby you've got!" They hate us if we don't wear mantillas in church - I can tell they hate us, they don't have to say anything. 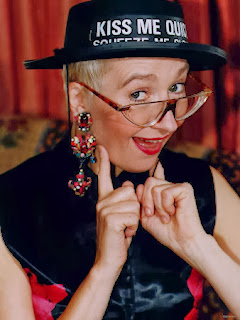 Prof. Tina Beattie models an alternative to the Tradiban mantilla.

Narcotics trafficking. They're all high on incense, take it from me. I went to a Tradiban Mass and lit up my pipe, as I would do in my usual church, Christ the Küng, and everyone protested, even though the air was already thick with smoke. Evidently, there's a Tradiban plot to monopolize the narcotics market. 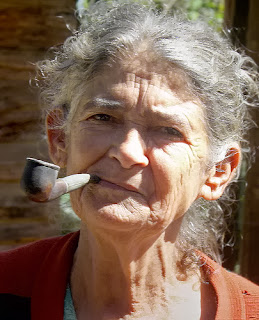 All I wanted was a holy smoke.

Well, I think I've made my point. The Tradiban has modelled itself on the Taliban, and we liberal Catholics must fight them!