Orange bids for the Catholic Church

Telecommunications giant Orange today announced a hostile takeover bid for the Catholic Church, which, if successful, should mean significant changes in the way the "customer in the pew" is treated. 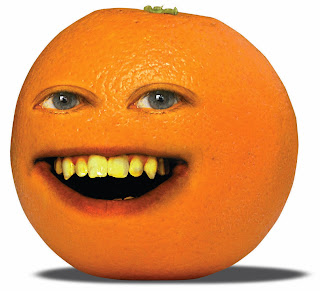 The future may be orange.

The Vatican has reacted angrily to the takeover bid, with Pope Francis encouraging all Catholics to boycott Orange. In response, the ever-loyal Tablet has signed up its managing director, Tom Orange, as a new columnist, and Tina Beattie has written an article explaining that Veneration of the Virgin should really be Veneration of the Orange. 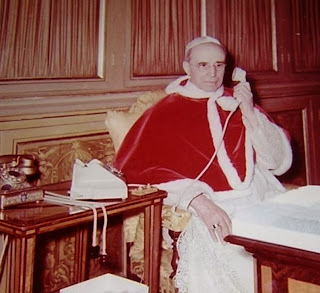 How odd. They want to speak to my Superior.

If the Orange bid goes ahead, then priests will be replaced by "customer service personnel", mostly based in India, who will start to hear customers' confessions and hang up half way through. The standard of services in general will decline, and customers may well find themselves "cut off" from God without notice. 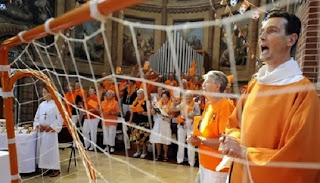 What you will see - a Mass in the new "company" vestments.

Tom Orange was at pains to reassure Catholics that they would see very few differences from what they are used to, but Irish Catholics in particular have pointed out that ever since the days of his ancestor, William of Orange, they have been deeply dissatisfied. 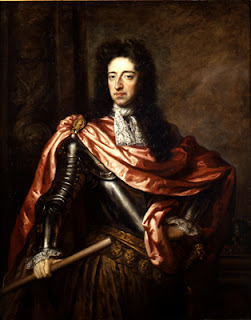 William of Orange - once a hostile bidder for the Catholic church.