Today the judges of the Eccles Bad Hymn Award are looking at another unusual hymn. This one is apparently recommended for use on the occasion of the death of a public figure - at least, by nine out of ten munchkins, the BBC, and also George "Respect" Galloway. It is Ding-Dong! The Witch Is Dead, and we are honoured to have the author, Edgar Yipsel Harburg, with us to discuss it. 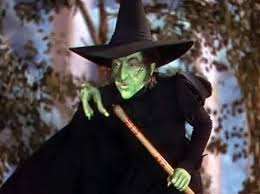 I turned George Galloway into a toad and no-one noticed.

E: Yup. Now, explain this hymn to me, as it's not one I've come across - although my friend Fr Arthur, a liberal priest in good standing, uses it at funerals occasionally if he feels that the deceased did not meet his high standards. Is it a bit like Ding-Dong, merrily on high?

EYH: Well, not really. In fact it originated in The Wizard of Oz, although like My Way it is sometimes chosen for funerals. At least, if the deceased was controversial in some circles.

EYH: Music by Paul Inwood. Only joking... it was Harold Arlen.

E: It's too spiritual for Paul Inwood, Yip, take it from me. Now, I think I get your meaning here: we are all miserable sinners, but it is only proper to ring the passing-bell as we depart this world? 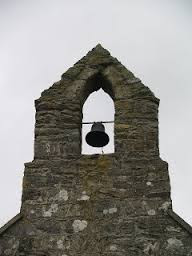 He went and told the sexton, and the sexton tolled the bell - Thomas Hood.

EYH: I hadn't thought of it that way, Eccles. You may prefer another hymn I wrote, about the promise of Heaven: Somewhere over the rainbow, way up high, there's a land that I heard of once in a lullaby. 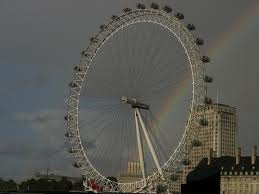 Somewhere, over the rainbow...

E: Not sure where the rainbows fit into contemporary theology, but I expect that some people do sing that one at funerals. They probably also sing We're off to see the Wizard, the wonderful Wizard of Oz.

EYP: We're off to see the Wizard was sung at the funeral of Lloyd George, the so-called "Welsh Wizard." My father knew him. 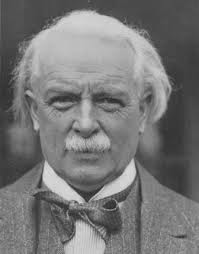 E: Well thanks, Yip, I'm still mystified about the context for this hymn: did George Galloway sing "Ding-Dong" at his mother's funeral? Will any other politicians get a state "Ding-Dong"?

EYH: Look, Eccles, can we forget this silly song?

E: How can we? Kevin Mayhew Limited want to put it in their new edition of Catholic hymns for the dangerously insane. Still, thanks for coming along, Yip. Your way home is easy - just follow the yellow brick road.