Galilee, AD 32. The Man known as "Our Lord" has spoken out against the temptations to gossip: it is believed that He was referring particularly to recent work by those well-known religious bloggers Matthew, Mark, Luke and John. 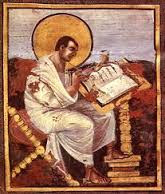 Several news items first revealed in religious blogs are known to have irritated Our Lord. For example, St Matthew posted an in-depth investigation of His ancestry, tracing it back to King David - his blog post "Jesus the Toff" is considered to be in bad taste, challenging as it does Our Lord's claims to be born of quite humble origins, and certainly not as well-off as, say, Owen Jones.

Another gossipy post "What happened to the gold?" reveals that Our Lord's father accepted gifts from three wise men on His behalf, and promptly decamped to Egypt in order to avoid having to declare them on his tax return - ironically, he was only in Bethlehem for tax reasons in the first place. 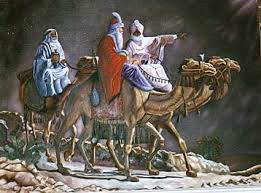 The Magi Circle - is their loot now in an Egyptian bank vault?

St Luke the blogger is also known to have offended Our Lord, by tactlessly revealing details of the famous "Jerusalem" incident, when He was 12 years old and played truant. It was claimed that He was found three days later, asking questions of some mysterious "doctors" in the temple.

Even St John the blogger, who is generally regarded as being particularly close to Our Lord, has not scrupled to spread gossip about Him. Most recently, Our Lord has been accused of stealing a donkey and riding it into Jerusalem. Some people have also been shocked to learn that He washed His associates' feet. (It seems that He did not wash any women's feet, because it is generally considered unchivalrous to suggest that a woman's feet are dirty...) 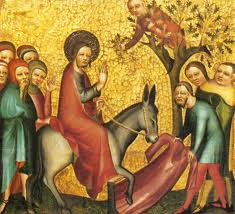 Is this linked with the vandalism of a row of palm trees?

Other church leaders have repeated Our Lord's criticism of gossip. Most recently, Archbishop Judas Iscariot has preached a sermon condemning religious blogs. Some malicious bloggers have retaliated by suggesting that ++Judas has something to hide - for example, there are persistent rumours of dodgy financial transactions involving a sum of as much as 30 pieces of silver. 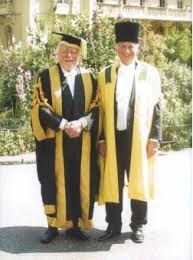 As St Mark, another leading blogger, put it, "Writing blogs is generally thought to be a sure way to get on the fast track to sainthood. But if it is going to be condemned at the highest level, then I may give it up, and take to travelling. I've always wanted to see Alexandria." 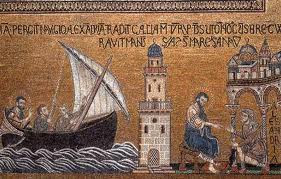