The Book of St Richard, Chapter 17

1. So the year of Our Lord two thousand and thirteen arrived, and Richard said unto himself, "What deranged things can I do now?"

2. For he was a man of great years and great wealth, but he was bored.

3. He said unto himself, "I have attacked the Catholics, but they laugh at me. Yeah, and they write books such as The Dawkins Delusion, and The Blind Dawkins, yeah, and even The Selfish Dawkins, which mock me."

4. Thus he resolved to attack the Muslims as well. Which was actually rather courageous, because the Muslim turneth not the other cheek as a rule. Indeed in some cases his wrath waxeth exceeding hot. 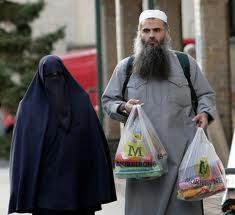 5. So Dawkins spake loudly on the Twitter, which hath the advantage that it may be used from a bunker deep underground, and condemned the Muslims.

6. For forty days and forty nights he condemned them and insulted them. Until people said, "If Richard hateth Islam so, then perhaps there's something to be said for it after all?"

7. And there was a man named Meh-di Ha-san, of the hosts of Puff-ing-ton, who was himself a Muslim.

8. So Richard cried out, saying "Let him not speak! For he believeth in wing-ed horses." 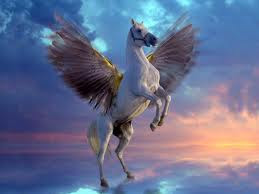 Cry "Mehdi! Mehdi!" and this horse will come and rescue you.

9. But the disciples of Richard cried "Shame! Shame! After all, it is only the New Statesman, which no man readeth anyway."

10. And some men began to question whether Richard was really infallible, as they had always believed.

11. After this setback, Richard was sore distressed, but his heart was uplifted when a prestigious magazine, the Beano, named him as the world's top thinker.

12. To which Richard responded with eloquence, saying, "D'oh..." 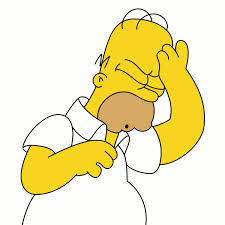 The runner up in the "top thinker" poll.

13. For, as it is written in the book of Eccles-iastes, the race is not to the swift, nor even to the clever, but simply to the one with the greatest publicity machine and his own sycophantic website.

14. For otherwise, one might have given the prize to one of many Nobel prize winners, or Fields medallists, or distinguished writers and scholars.

15. Why, they might have given it even to Joseph Ratzinger, he that is called Pope Emeritus. 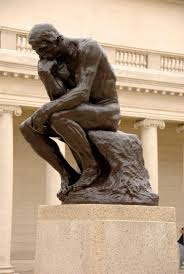 Richard "Thinker" Dawkins realises that he's forgotten to put any clothes on.

16. And Richard rejoiced exceedingly, saying "The Beano hath spoken. I am indeed the greatest thinker of our time, greater even than Stephen Fry, or Joan Bakewell, or Melvyn Bragg."

17. "What is more, I am modest as well; for when a man praiseth me, I publish his words on my website, and on Twitter, and on a big notice-board outside my house in Oxford. But otherwise I hold my peace."